Vicky Kaushal’s father Sham Kaushal shares his journey on battling cancer; says, “I was not sure whether I would survive or not” : Bollywood News

Sham Kaushal has been one of the most respected action directors in the industry. His son Vicky Kaushal is currently one of the most sought after actors. During a recent interview with Times of India, Sr. Kaushal opened up about his struggling days and also revealed about the time he was diagnosed with cancer. Speaking about battling the deadly disease, Sham also shared his journey about how some of the renowned names from Bollywood extended their support to the Kaushal family in times of need. 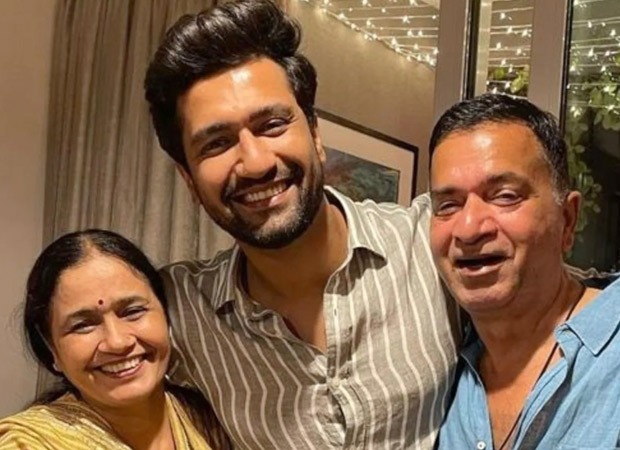 Vicky Kaushal’s father Sham Kaushal shares his journey on battling cancer; says, “I was not sure whether I would survive or not”

Speaking about one such incident, Sham Kaushal revealed that veteran actor Nana Patekar had stood by his side during this trying time. The actor had actually left his shooting in Pune and came to Mumbai to support and lend a helping hand to the Kaushal family. Talking about it Sham said, “I went to Nanavati Hospital for a check-up. I got hospitalized and they had to operate on my stomach. There were many complications. I had been to Nanavati Hospital before with an appendix problem with Nana Patekar. So, the doctors knew me and my condition. The doctors called Nana Patekar who was shooting in Pune. Nana ji immediately left from there and came straight to the hospital.”

Elaborating on his journey Sham said, “There was an infection in my stomach. The doctors had cut out a piece of the stomach and sent it for tests. It was diagnosed as cancer. I was not sure whether I would survive or not. I have not shared this with anyone. I was in the hospital for 50 days. I came back to work after that. They kept testing me for a year. But luckily, the cancer did not spread. It’s been 19 years since that incident.”

On the other hand, the action director also spoke about how filmmaker Anurag Kashyap went to the extent of postponing the shoot of his film Black Friday. The director-producer had contacted Sham regarding the film when he was told of the cancer and that he will be taking 50 days for recovery. However, the filmmaker asserted that Sham will be a part of the film and even waited for the recovery of the stunt director, after which he kicked off Black Friday.

Recalling the same, Sham added, “The film’s director, who was struggling at that time, sent me a message on the phone saying, ‘Sir, only you will do this film and we will wait for it.’ And he waited. When I came back from the hospital in December, after 50 days, the first film that I did was with the same director who had waited for me. It was Anurag Kashyap and the film was Black Friday.”