Varun Dhawan, who is quite active on Instagram, gave audience many glimpses of the shoot schedule in Europe for his film Bawaal. Now that the actor has completed it with co-actress Janhvi Kapoor, he has returned to the city and of late, he was seen gearing up for the festival season. The actor recently was seen celebrating Raksha Bandhan and even shared about it on social media. 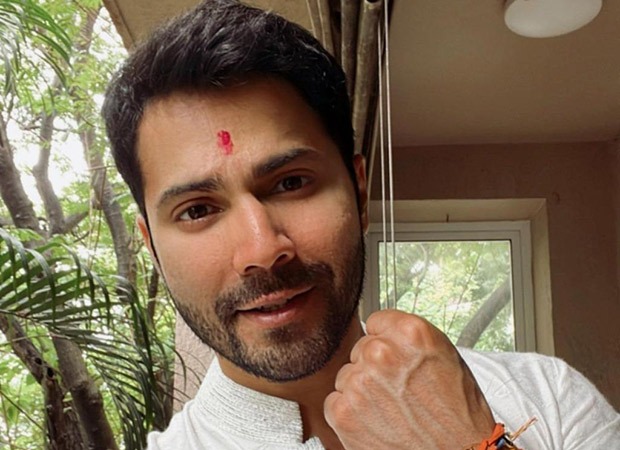 The celebrations of Rakhi was quite low key as the actor was seen enjoying it with family members at home. He posted a couple of photos on Instagram, one of which, featured him showing off his special rakhi that he received from his sisters this year. He posted it with a fun caption wishing his fans on Rakshabandhan saying, “Happy Raksha Bandhan bhai log aur behen log kush raho.” (Transl: Happy Raksha Bandhan to all brothers and sisters stay happy) Needless to say, fans of the actor dropped in their best wishes and heart emojis wishing the actor on this day.

Speaking of work, Varun Dhawan will next be seen with Kriti Sanon in the supernatural comedy Bhediya which is also expected to feature a cameo from Shraddha Kapoor as Stree and Janhvi Kapoor as Roohi. Besides that, the actor has Sajid Nadiadwala’s Bawaal which is directed by Nitesh Tiwari. The film recently had an extensive schedule in Europe which included many picturesque locales including Poland.

On the other hand, Varun Dhawan recently partied with the team of Jugjugg Jeeyo after the film enjoyed a successful run in theatres. The film featured him alongside Kiara Advani with Anil Kapoor and Neetu Kapoor playing his parents, on the verge of separation. Directed by Raj Mehta, it was produced by Dharma Productions.