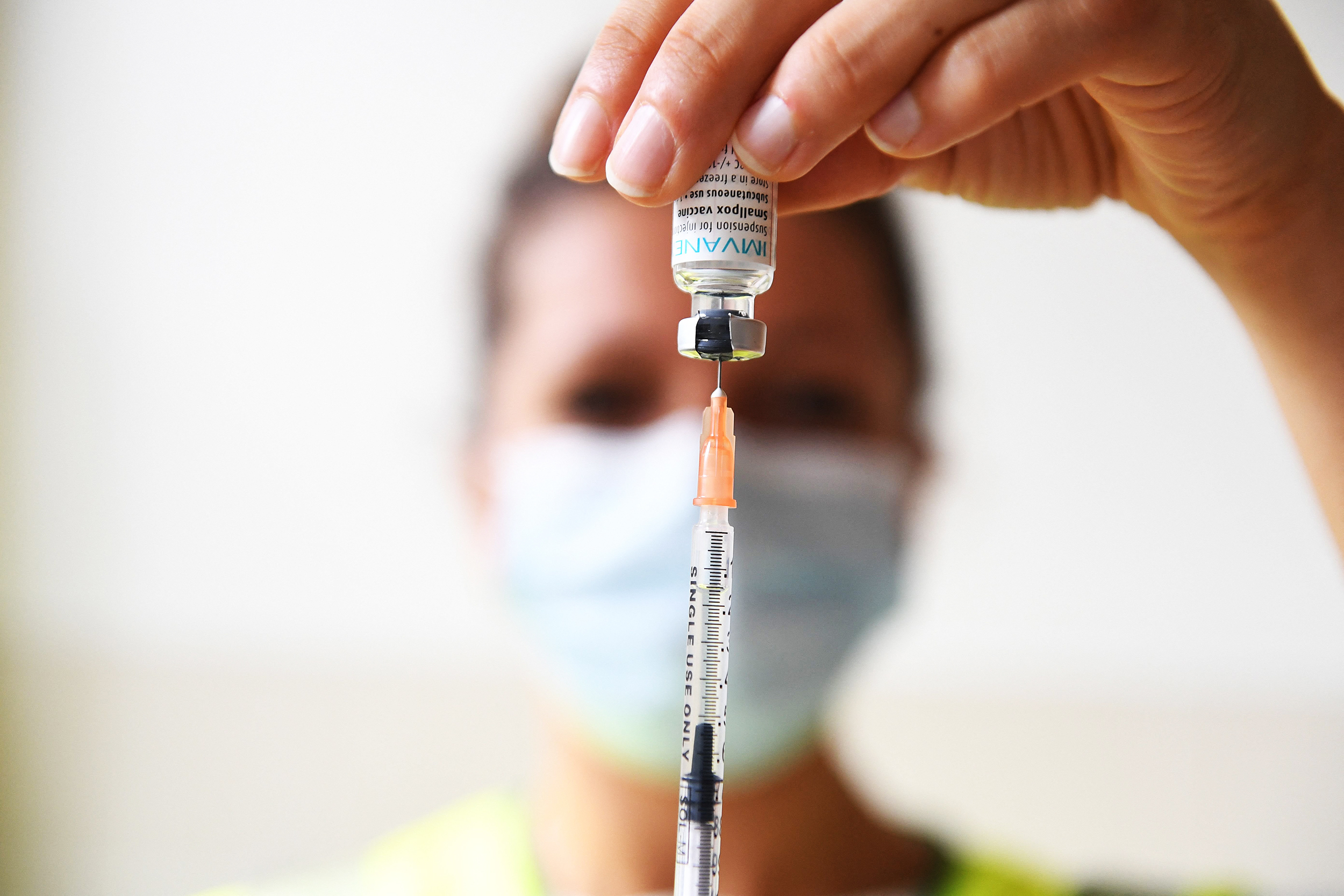 The declaration could facilitate access to emergency funds, allow health agencies to collect more data about cases and vaccinations, accelerate vaccine distribution and make it easier for doctors to prescribe treatment.

“We’re prepared to take our response to the next level in addressing this virus and we urge every American to take monkeypox seriously and to take responsibility to help us tackle this virus,” Department of Health and Human Services Secretary Xavier Becerra said in a Thursday briefing about the emergency declaration.

A quarter of U.S. cases are in New York state, which declared a state of emergency last week. California and Illinois followed suit with emergency declarations Monday.

The World Health Organization declared monkeypox a public health emergency of international concern last month, a designation reserved for the most serious global disease outbreaks. It has previously been used for Covid-19, Zika, H1N1 flu, polio and Ebola. At least 26,200 cases have been confirmed worldwide this year, according to the Centers for Disease Control and Prevention.

Monkeypox is spreading predominantly through male-to-male sexual contact, which was not the case in previous outbreaks of the virus. All but 1% of U.S. monkeypox cases so far are people who were assigned male at birth, the Department of Health and Human Services said last week.

The WHO recently advised men who have sex with men to reduce their number of sexual partners and reconsider sex with new partners while the outbreak is ongoing.

The average U.S. monkeypox patient is around 35 years old, but people of all ages can be infected. The CDC has recorded five cases in children: two in California, two in Indiana and an infant who is not a U.S. resident who tested positive in Washington, D.C.

The California and Indiana health departments declined to provide more detail about their pediatric cases, but Jennifer Rice Epstein, the public affairs officer at the Long Beach Department of Health and Human Services, said the patient in her city was exposed via a close contact.

As of last week, white people represented 37% of U.S. monkeypox cases, followed by Hispanic or Latino people (31%), Black people (27%) and Asian people (4%), according to HHS.

‘Stay ahead of the virus and end this outbreak’

Public health officials are relying on a combination of testing, targeted vaccinations and treatment to manage the outbreak.

As of Thursday, the U.S. had distributed 600,000 of the 1.1 million available doses of the Jynneos vaccine. In total, the country has ordered 6.9 million doses. HHS said a shipment of 150,000 doses will arrive in the U.S. in September to then be distributed.

The two-shot regimen can prevent monkeypox if given before or within four days of exposure. If given within 14 days after exposure, it can ease symptoms.

Additionally, around 14,000 people in the U.S. have received TPOXX, an antiviral drug that is authorized for use against smallpox but can also be used to treat monkeypox. The Strategic National Stockpile contains 1.7 million of the treatments, HHS said. But the drug’s use is for now limited to people with severe disease or a high risk of becoming severely ill. Physicians must also complete extensive paperwork to prescribe it for monkeypox.

Expanded access to TPOXX was among the many reasons that sexual health providers called on HHS to declare a public health emergency.

“It’s unconscionable not to further make changes to make TPOXX accessible to all that need it,” David Harvey, executive director of the National Coalition of STD Directors, said Tuesday on a news call.

Most U.S. cases have reported a rash

The most common monkeypox symptoms include a rash — reported in 99% of U.S. cases so far — malaise, fever and swollen lymph nodes. Some patients have also reported chills, headache and muscle pain.

Some people with monkeypox develop just one or two lesions in their rash, while others can develop several thousand, according to the WHO.

A study published last month in the New England Journal of Medicine, which examined monkeypox cases in 16 countries from April to June, found that nearly 65% of people had fewer than 10 lesions. The lesions were most commonly found in the anus or genital area, followed by the torso, arms or legs. A smaller number of people saw lesions on their face, palms or soles of the feet.

Symptoms usually appeared within a week of exposure, the study found. Around 13% of people studied were hospitalized, mostly for pain management.

Monkeypox lesions typically progress from red areas to small bumps on the skin, which can turn into painful blisters that fill with whitish fluid. A recent study of monkeypox cases in London, however, found that some people’s red rashes did not progress to pus-filled blisters.

In the past, most monkeypox patients have developed flu-like symptoms before lesions appeared, but that was only the case for 61% of the patients in the London research. About 39% developed lesions first.

HHS officials still hope to prevent monkeypox from becoming endemic in the U.S.

“Our goal is pretty straightforward: Stay ahead of the virus and end this outbreak,” Becerra said last week.