Sudheer Babu and director Mohanakrishna Indraganti are coming up with a unique, yet fascinating love story Aa Ammayi Gurinchi Meeku Cheppali that is all set for grand release worldwide in cinemas on September 16. The makers made the official announcement regarding the same earlier today. 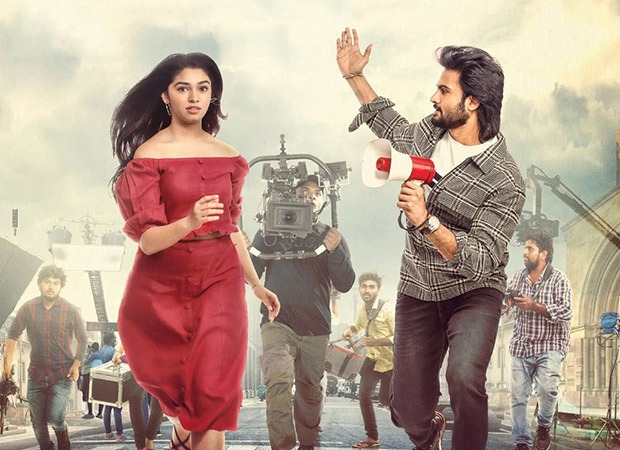 The film also boasts of an interesting cast and crew. Like Indraganti’s previous movies, Aa Ammayi Gurinchi Meeku Cheppali also has good prominence for music. Vivek Sagar impressed with his pleasant composition of first single Kottha Kottha Gaa. Other songs in the album are also going to captivate music lovers. PG Vinda is the cinematographer while Sahi Suresh is the art director and Marthand K Venkatesh is the editor. Krithi Shetty will be seen as the leading lady opposite Sudheer Babu in the movie. Besides them, the film also stars Avasarala Srinivas, Vennela Kishore, Rahul Ramakrishna, Srikanth Iyengar and Kalyani Natarajan are the other prominent cast in the film.

Written by Mohanakrishna Indraganti, B Mahendra Babu and Kiran Ballapalli will be producing Aa Ammayi Gurinchi Meeku Cheppali under Benchmark Studios, in association with Mythri Movie Makers, while Gajulapalle Sudheer Babu presents it.

Also Read: Sudheer Babu announces his next with Harsha Vardhan