Shanaya Kapoor is currently having the time of her life in Ibiza as she is exploring the picturesque locations and even partying with her friends. After her recent photos of chilling scenes with her friends, the actress opted for a more touristy way to enjoy her trip. She posted photos of her enjoying the wildlife and greenery around her. Needless to say, her photos were loved by her fans and more importantly, her close ones like mother Maheep Kapoor and bestie Suhana Khan. 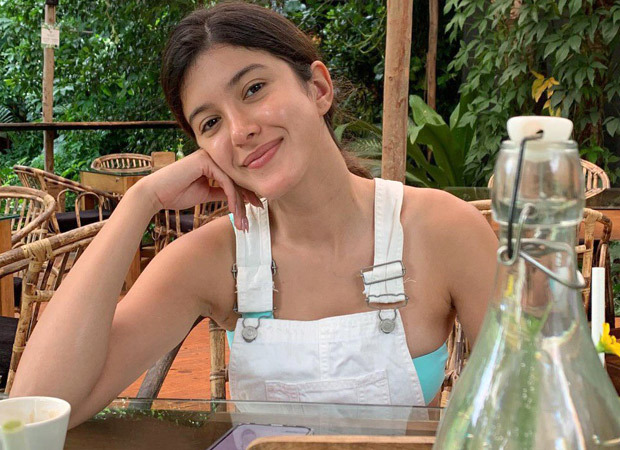 Shanaya Kapoor took to Instagram to share a series of photos where she is seen exploring the greenery of Ibiza. From enjoying a cup of coffee to making the coffee mustache, the photos look fun and she even captioned with by referring to a rather cute childhood memory saying, “Shanaya papaya is what my nani calls me ????????????”. And it seems her mother couldn’t agree more. Her mother Maheep Kapoor too took to Instagram to drop the comment, “❤️❤️❤️❤️❤️❤️ my shanaya papaya ❤️????????”

Meanwhile, a busy Suhana Khan too couldn’t miss out on her bestie’s photos and decided to drop her comment saying, “Qt pie.” We all know that Suhana Khan shares a great camaraderie and childhood friendship with Maheep Kapoor and Ananya Panday. The latter even spoke about it during her recent appearance on Koffee With Karan. Suhana’s reaction to her bestie’s latest post is the perfect BFF response we had say.

Speaking about Shanaya Kapoor, the star kid will be making her acting debut with Bedhadak alongside Gurfateh Singh Pirzada and Lakshya Lalwani. The film is produced by Dharma Productions and directed by Shashank Khaitan.

Also Read: Shanaya Kapoor shares pictures of herself having a great time with friends in Ibiza