Salman Khan is currently putting in all his energy to complete his next, Kabhi Eid Kabhi Diwali aka Bhaijaan. This venture of the superstar will see him playing the leading man with Pooja Hegde as his leading lady for the first time. The film will also a feature ensemble cast besides the leading duo and recently he also roped in Abdu Rozik for the movie. 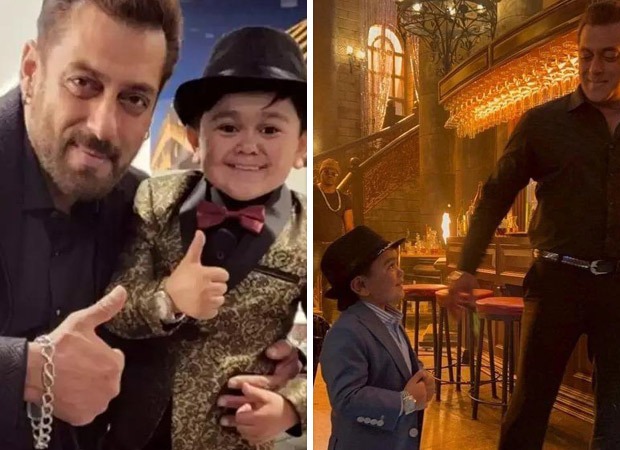 For the uninitiated, Abdu Rozik is a social media sensation who has had several collaborations with celebrities in the past. He is a Dubai based Tajik singer and is known for his social media posts. Just a day ago, confirming his association with the Salman Khan starrer Bhaijaan, he posted a video. And today, a photo of him and the Bollywood superstar from the sets of their next has gone viral. The said photo features him and Salman posing against the backdrop of what looks like a well-lit bar. Many fan pages of the superstar have gone berserk sharing these photos on social media.

On the other hand, speaking about Abdu Rozik and his bond with Salman Khan, the social media influencer met the superstar during the IIFA ceremony in Dubai and it seems since then they have been looking for an opportunity to join hands. While details of his role in the forthcoming film is still kept under wraps, going by the latest video shared by Abdu, he hinted at playing the role of a gangster.

Meanwhile, Salman Khan is leaving no stone unturned for Bhaijaan. From roping in the best musicians to the best crew, the superstar has been ensuring that the film is one of the big ticket entertainers to watch out for. It also features TV actor Siddharth Nigam, former Bigg Boss contestant Shehnaaz Gill, Punjabi actor Jassie Gill, among others. Directed by Farhad Samji, the film will release on December 30, 2022.

Also Read: BREAKING: Musician DSP aka Devi Sri Prasad & Yo Yo Honey Singh to collaborate for the first time for the song in Salman Khan starrer Bhaijaan