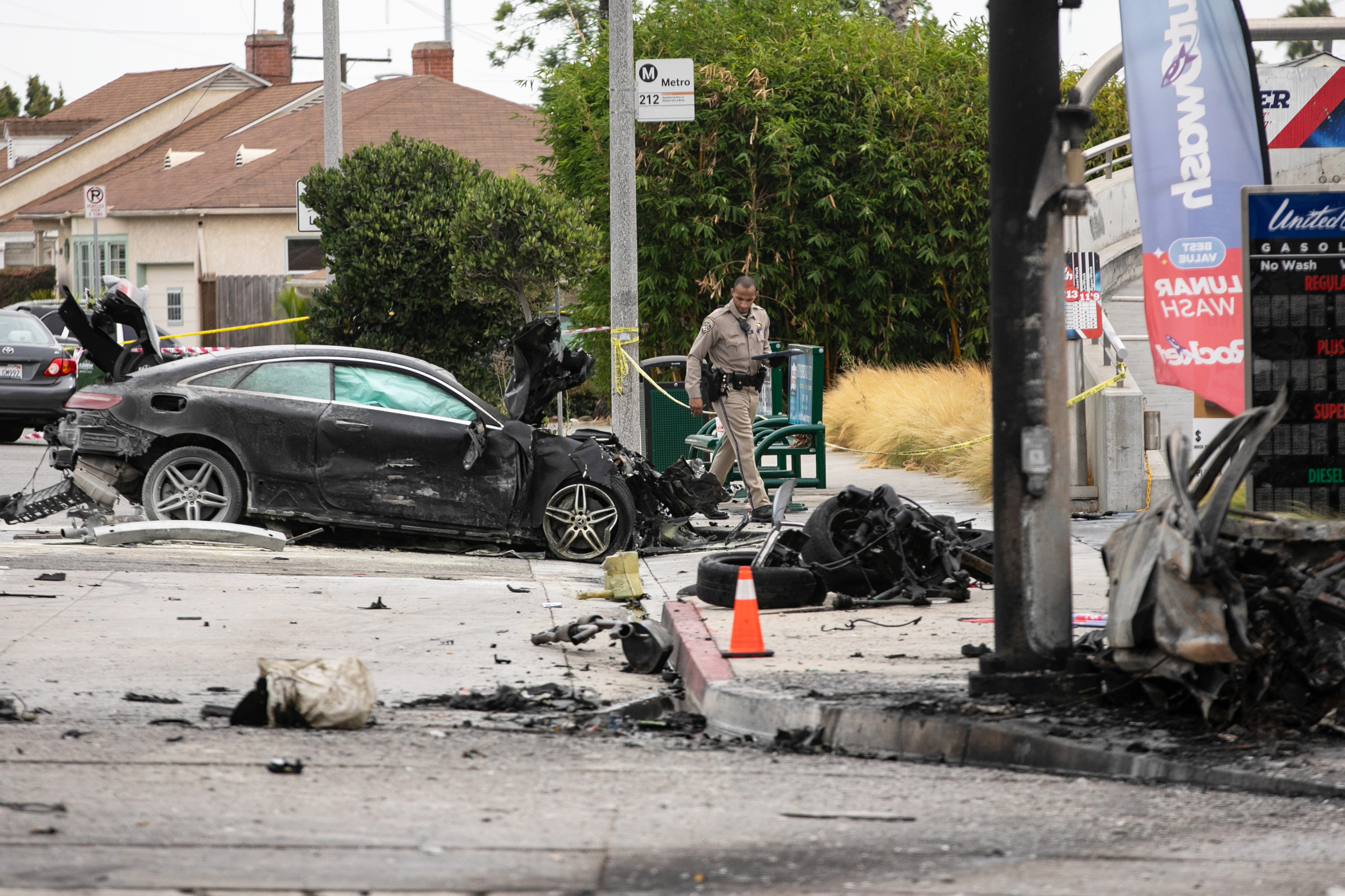 Car crashes are killing more and more people since the start of the pandemic — even though the volume of traffic hasn’t risen above pre-pandemic levels.

Traffic deaths were up by 7% compared to the first quarter of 2021, and last year’s auto deaths were already at a 15-year high.

It’s a reversal from the pre-pandemic trend: Deaths from car crashes in the U.S. declined for three years leading up to 2020.

But then the number began to increase even though people drove less in 2020, and 2021 traffic volume was relatively the same as in 2019, according to federal data.

“We hoped that was just some unusual blip due to the pandemic, but fatalities have continued to increase,” said Arthur Goodwin, a senior research associate at the University of North Carolina Highway Safety Research Center.

Goodwin and other road safety experts attribute the increase to riskier driving as fewer people wear seat belts and as speeding and impaired driving rise, among other factors.

David Harkey, the president of the Insurance Institute for Highway Safety, said risky driving behaviors “were exacerbated during the pandemic, and they seem to have this hangover effect that’s now occurring.”

Three Indiana State University students died in a crash Sunday after a vehicle veered off the road and into a tree.

Six people, including a pregnant woman and a 3-year-old child, were killed this month in a multivehicle crash in Los Angeles. Los Angeles County District Attorney George Gascón said one of the vehicles ran a red light at more than 90 mph.

A few days earlier, seven people, five of them children, died in a fiery collision in Hampshire, Illinois.

Why are people driving more recklessly?

A 2020 survey from the AAA Foundation for Traffic Safety found that people who drove more than usual during the pandemic were more likely to engage in riskier behaviors, including reading text messages, speeding, running red lights on purpose, aggressively changing lanes, not wearing seat belts or driving after having consumed alcohol or cannabis.

“A fatality crash is much more likely if somebody isn’t wearing their seat belt or somebody’s speeding,” Goodwin said.

In 2020, deaths from speeding-related crashes increased by 17% and deaths from alcohol-impaired driving rose by 14% compared to 2019.

Open highways during the pandemic may have tempted drivers to go faster, experts said. They also pointed to a lack of law enforcement on the road due, in part, to worries about Covid safety and racial profiling. (Black drivers are far more likely to be stopped and searched than white drivers.)

“There was this concern of not pulling people over, not engaging with individuals during the pandemic,” Harkey said.

Goodwin said law enforcement has “pretty much returned to where it was before the pandemic,” but he speculated that drivers might still have the perception that “they can speed and engage in other potentially risky behaviors and get away with it.”

He added that it’s hard to know how long the trend will continue: “It’s already lasted longer than we thought it might.”

Goodwin also noted that, counterintuitively, the total number of car crashes decreased from 2019 to 2020. According to the Transportation Department, police-reported crashes fell by 22% in that time (the most recent data available), and the number of people injured on roadways decreased by 17%.

Young drivers may be using their phones at the wheel

Cara Hamann, an assistant professor of epidemiology at the University of Iowa College of Public Health who researches transportation safety, pointed to another well-known factor that may have contributed to the rise in traffic deaths: phones.

“Everybody’s checking their phones and distracted while they’re driving,” Hamann said. “It is a formula for tragedy, essentially.”

For young drivers, she said, that means texting or even watching videos while at the wheel.

“We know younger drivers as a whole are a somewhat riskier group,” Goodwin said.

The Transportation Department found that the number of older drivers — people ages 65 and up — involved in fatal crashes decreased by nearly 10% from 2019 to 2020.

“That’s probably because there were fewer older drivers out there on the road, and they’ve been slower to return,” Goodwin said.

What can be done?

One of the simplest ways to reduce traffic deaths is to hold drivers accountable for breaking the law, Goodwin said.

“We really need to renew law enforcement efforts to make sure that drivers are aware that officers are out on the roads looking for impaired drivers, drivers who are not wearing seat belts and drivers who are speeding,” he said.

Hamann said many roads allow people to go faster than the speed limit.

“Maybe the posted speed limit is 25 or 30, but it’s easy to feel safe driving 40 or 50,” she said. “That is an engineering problem or a design problem that should be fixed.”

The Transportation Department set up a $5 billion program this year to prevent roadway deaths and injuries by offering grants for projects that lower speed limits or improve road design.

“Horsepower in vehicles has changed over time, and it continues to increase,” he said. “More horsepower means people drive faster.”

But experts worry that reckless driving has become the new normal.

“The trends are very concerning,” Goodwin said. “We need to figure this out quickly so we can turn these trends around.”