Richa Chadha and Ali Fazal to tie the knot in September 2022 : Bollywood News

Reports are abuzz with the news that Richa Chadha and beau Ali Fazal are getting married soon. The couple, who were supposed to tie the knot in April 2020, had to delay their celebrations due to the Covid pandemic, has finally locked in a wedding date and it will be next month, in September 2022. Although the couple haven’t made any official announcement yet, sources close to them have confirmed the news. 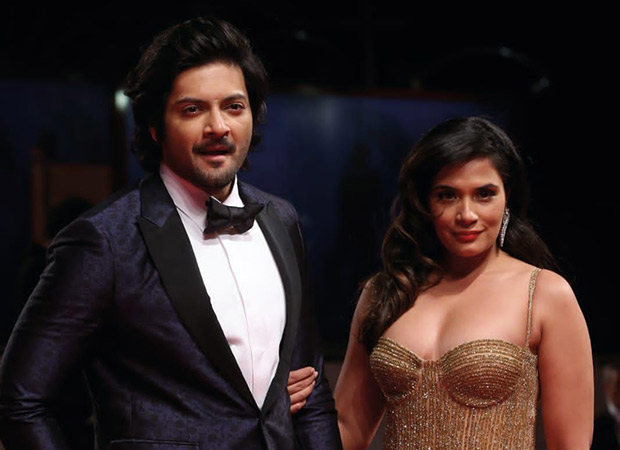 Richa Chadha and Ali Fazal have been dating for almost a decade with the actor popping the question in 2019. Even though, the couple were said to be together for long, they didn’t make any announcement until 2019. However, since then, their social media is filled with the posts that showcase their love for each other. While the rumours of their impending wedding are true, the details are yet to be revealed.

As for their wedding celebrations, reports have it that they will be hosting two weddings – one in Mumbai and the other in Delhi. However, an official announcement regarding the date and celebrations is expected soon. Richa Chadha had earlier revealed in an interview t Mashable India that they had even booked the venue and made all arrangements for their April 2020 wedding but had to cancel everything due to the lockdown.

The two actors met on the sets of Fukrey way back in 2012 and fell in love. They also did a sequel to the comedy together titled Fukrey Returns which released in 2017.  And now, they are expected to return with Fukrey 3 too as the film is said to be in the pipeline. Besides that, Ali Fazal has kicked off his work commitments including shooting for the new season Mirzapur whereas Richa Chadha is expected to reunite with her Goliyon Ki Raas Leela Ram Leela director Sanjay Leela Bhansali for his OTT production Heeramandi.

Also Read: Richa Chadha and Ali Fazal receive awards for their achievements in cinema at the Marateale in Italy