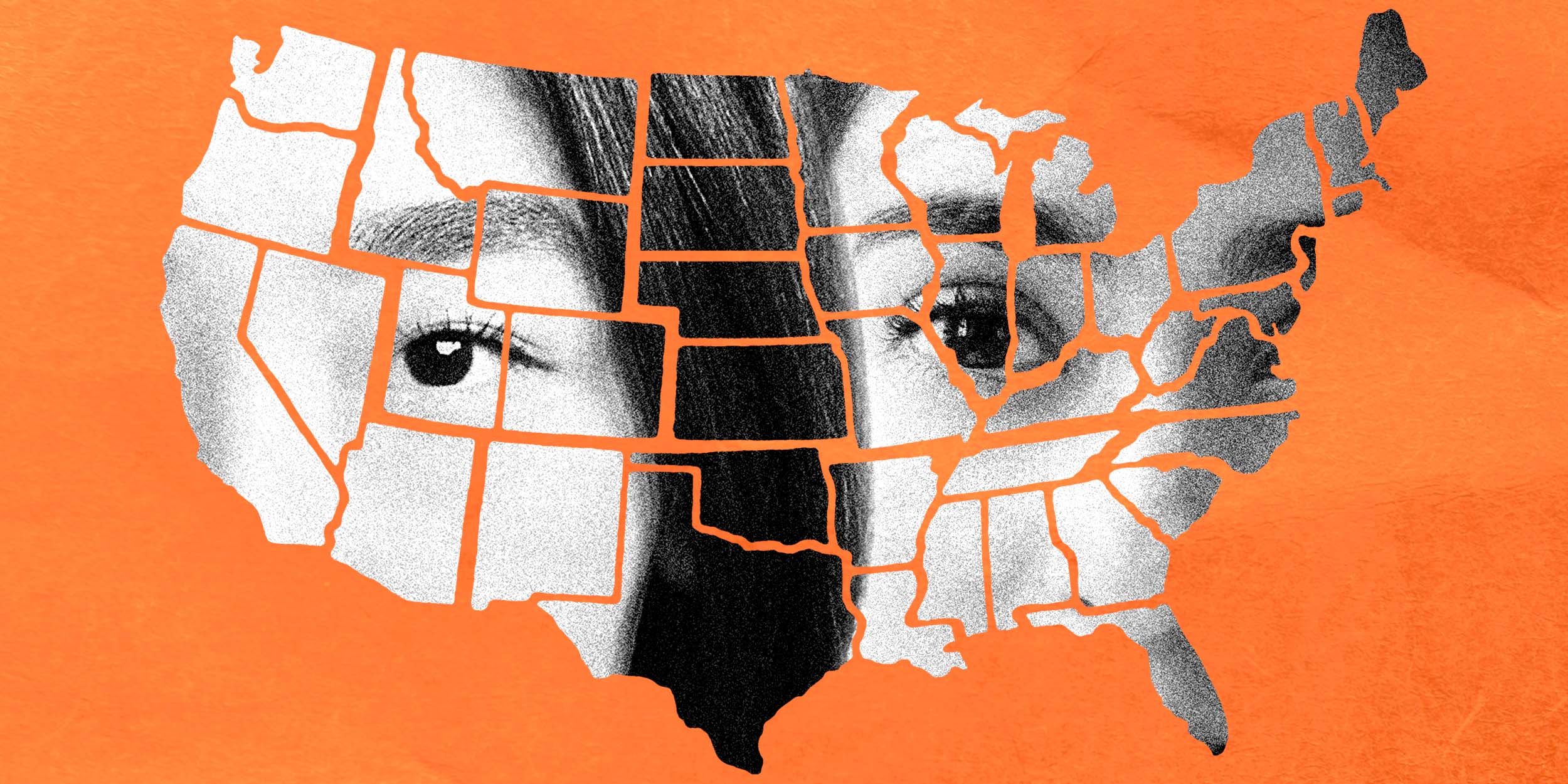 When a young Rohingya woman touched down in New York in 2018, she thought she had finally reached safety — the end to an arduous lifelong journey of fleeing persecution without much choice.

The woman, who asked to be anonymous for fear of retaliation, had spent the past few years of her life oppressed as a Muslim in Myanmar and as undocumented in Bangladesh, and she finally sold what little she had to travel to the U.S. All the while, she had two kids in tow, and her husband was physically and sexually assaulting her, she said through a translated interview with her advocate at Asian Family Support Services of Austin.

Telling her story through an advocate, she said she hoped to start over in this country. But she quickly realized it wasn’t the safe haven she had dreamed of. Without money, legal documentation or any reading or writing skills, the family was detained and then sent to a shelter in Austin, Texas.

In the midst of all that, she got pregnant. And she didn’t want to be.

“Fear, anxiety and guilt was keeping me up at night and was sitting heavy on my chest,” the woman said in Bangla, translated by her advocate. “Deep down I was sure that we were incapable financially of bringing a new baby into this world.”

Texas, like many other states, had abortion laws that were already tight before the Supreme Court overturned Roe v. Wade this year. The woman had to move fast.

She was scared, she said, and there were many things holding her back — stigma, religion and the fear her husband would find out she was pregnant. But chief among them was money. She would go on to have an abortion, hidden from her husband, through funds raised by community members.

“Getting an abortion had a financial cost to it, but now that cost has essentially tripled,” said Rachna Khare, the executive director of Daya, a Houston-area survivors organization.

According to new data from the National Partnership for Women & Families and an NBC News analysis, 31% of lower-income Asian women of reproductive age live in states that have banned or are set to ban abortions. With reproductive care becoming harder to access each day, experts say the most vulnerable groups will be the most crippled — and face the starkest consequences.

“She had this rosy picture that America is a land of opportunity and things will totally change for her,” Samira Ghosh, the Rohingya woman’s advocate, said about her client. “But she didn’t want an extra mouth to feed and another baby to bring to this world, because they were already struggling.”

Lower-income Asian women fall at the intersection of many barriers when it comes to getting any health care, experts say: Language, insurance, immigration status and money all play roles in making basic necessities inaccessible.

When it comes to reproductive care and abortion access, cultural stigmas compound those factors.

“It’s not as easy for them to pick up the phone and call a friend or call a relative and say, ‘Hey, I need to go get an abortion three states away,’” said Yvonne Hsu, the chief policy and government affairs officer at the National Asian Pacific American Women’s Forum.

The new report by the National Partnership for Women & Families reveals that many Asian groups that fall below the poverty line are heavily concentrated in areas where abortion is completely banned. For those communities, the abortion laws of just a single state could affect large parts of the population, it said.

Close to half of all Pakistani women and 40% of Vietnamese women in the U.S. live in Texas, where abortion is nearly completely banned. In Wisconsin, 17% of all Hmong American women of reproductive age are up against similar laws.

“This is on top of what’s already a lot of discrimination that they’ve experienced in health care,” said Lelaine Bigelow, the vice president of social impact and congressional relations for the National Partnership. “When they walk into a doctor’s office as is, they’re facing providers that may or may not look at them in the same way as other communities.”

Indian women are the largest group of Asian American and Pacific Islanders affected by Roe’s overturn, with 362,000 of them living in states that have banned or are likely to ban abortion. Although the number is smaller for Myanmar women — around 25,200 — it comprises the majority of their population in the U.S.

“It’s been really disheartening to have to take an option away, because there are already so few options available,” Khare said.

Asian stories are hidden in the data

A study this year by the Guttmacher Institute, a pro-abortion-rights research organization, found that the abortion rate for Asian women in the U.S. is 12.6 per 1,000 women. It’s a small number when compared to the general population, but when taken apart, it tells a different story. Higher-earning first-generation groups tend to have higher rates of abortion. Communities with less money, insurance and English proficiency have lower rates.

“The barriers are financial and also access to information,” Khare said.

The Rohingya woman in Texas was trying to seek an abortion in secret. If her husband found out, she would be in trouble. On top of that, taking time off work, getting child care and traveling somewhere for the day wasn’t within her means. Now, they are essentially prerequisites for any woman in a banned state who needs care.

“You have to think about the procedure cost itself, traveling to a state that allows an abortion, and then where are you going to stay and get transportation when you’re there,” Khare said. “Also, safe abortions involve follow-up appointments after two to three weeks. … When you’re in an abusive relationship being watched so closely, it becomes nearly impossible.”

After she failed to get support from mutual funds in the area, Ghosh started crowdfunding to help get her client the abortion she needed.

“Everybody asked their friends for, like, $50, $100, and we came up with the money so she could access it,” she said. “But then the challenge was recovery and her missing from home the whole day.”

Even transportation was an issue. Because she didn’t know how to read or write, finding something like the correct bus to take depended on pattern recognition alone.

The woman eventually got her abortion. But the rushed timeline meant there wasn’t much time to cover her tracks. Her husband found out, and Ghosh said it led to a horrible bout of abuse.

“That was another huge calamity and beating,” she said.

The looming fear of at-home abortions

Khare said she fears for the women she works with, given the legal tightrope many are struggling to walk and the possible threats to contraception on the horizon.

“What history has shown us is that when people try to take a medical procedure like abortion into their own hands, it becomes completely unregulated and therefore completely unsafe,” she said.

It takes all the resources of survivors organizations and mutual funds to make sure that women don’t start attempting at-home abortions, she said. Providing them with resources to safely get help, protect their privacy and travel out of state is becoming a focus.

New abortion laws will unquestionably have impacts, said Hsu of the National Asian Pacific American Women’s Forum, but for women used to barriers, the bans are worsening a problem that has always existed.

“Even prior to the fall of Roe, for communities of color, including the Asian American Pacific Islander community, the right to abortion never guaranteed access,” she said. “You think about a mother, somebody that works a low-wage job that doesn’t allow for paid leave, who may not have status and who may need to travel out of state. There’s a fear of criminalization, plus you add on a layer of stigma.”

All those hurdles create a chilling effect, experts say, and now, the consequences they will have on Asian women are becoming clearer.