A couple of months ago, the much talked about Nayanthara and Vignesh Shivan wedding was held amidst much fanfare in Mahabalipuram, Tamil Nadu. Besides South superstars like Rajinikanth, Suriya among others, Shah Rukh Khan too attended the starry affair and give his best wishes to his Jawan co-star. While the photos looked ethereal, fans will get an opportunity to stream the complete wedding of their Lady Superstar on Netflix and the said docu-film has been titled Nayanthara: Beyond The Fairytale. 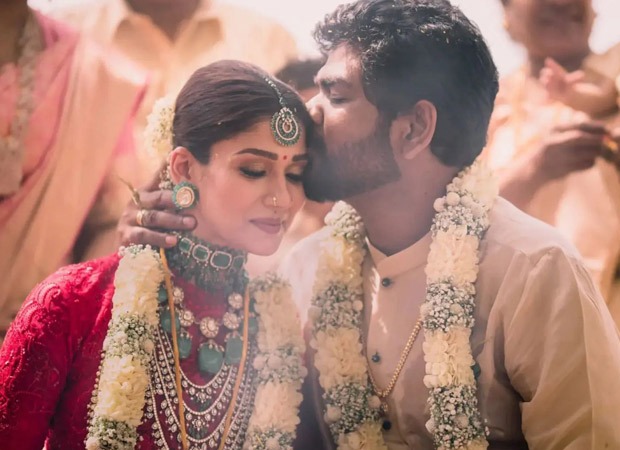 We had earlier reported that Netflix India has purchased the video rights of the Nayanthara and Vignesh Shivan wedding. The streaming platform will soon be releasing the film, Nayanthara: Beyond The Fairytale but before that, they decided to give a sneak peek into it by sharing a first look teaser of sorts on social media. While the teaser features some glimpses from the wedding, it also sees Nayanthara and Vignesh Shivan getting candid about each other.

The brief video features the South superstar speaking about marriage, where she reveals that even though she has only believed in working, it is definitely good to know that there is so much love around. On the other hand, a much-in-love groom Vignesh Shivan can’t seem to stop gushing about his lady love where he describes how she is inspiring and how she is beautiful inside out.

The couple met and fell in love on the sets of Naanum Rowdy Dhaan in 2015. However, while they never spoke about their relationship to the media, Vignesh Shivan never shied away from posting mushy photos on his social media. Rumours of the couple tying the knot have been doing the rounds for quite some time until they tied the knot in Tamil Nadu on June 9 this year.