Having previously ruled the television space and now reigning the Bollywood space, Mrunal Thakur is also a fashion icon.  She and her co-star Dulquer Salmaan have been the buzz of the town as they make swoon-worthy public appearances for their most recent film Sita Ramam. Mrunal exhibits her unrivalled sense of style by being frequently spotted wearing outstanding ethnic attire. This time, the actor donned a gorgeous lehenga from the Jayanti Reddy couture line. 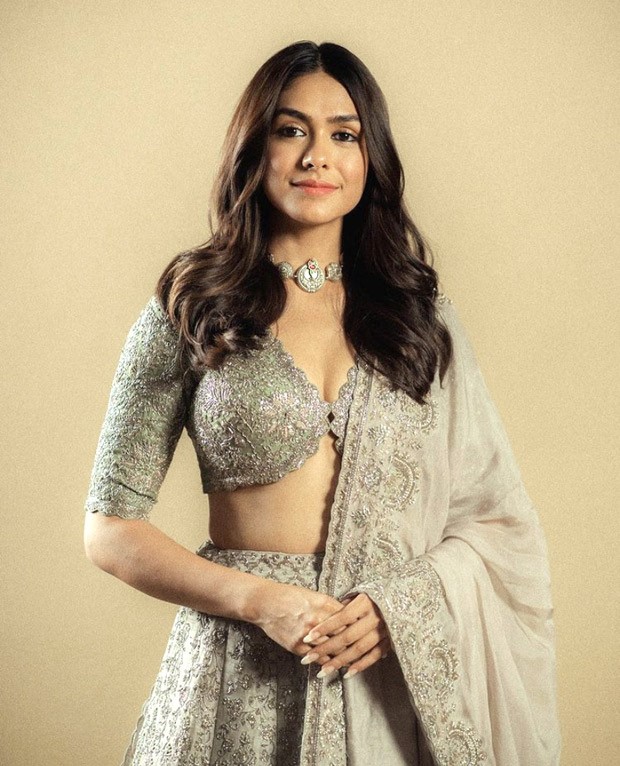 On Thursday, Mrunal gave us a much-needed pick-me-up by posting a tonne of images of her wearing a shimmering grey lehenga. The embroidered grey lehenga, with its delicate gold work and stunning flair, looked simply stunning on the diva. She paired it with a short-sleeved choli in a same colour and pattern that had a plunging neckline. Mrunal complemented her ensemble with a pastel grey silk dupatta that had zari and moti accents at the edges to give it additional ethnic flair. The actor chose a choker necklace to go with the outfit as an accessory. Mrunal was adorned with bare eye-shadow, black eyeliner, mascara-coated eyelashes, drawn eyebrows, cheekbone contouring, and a pale pink lipstick tint. 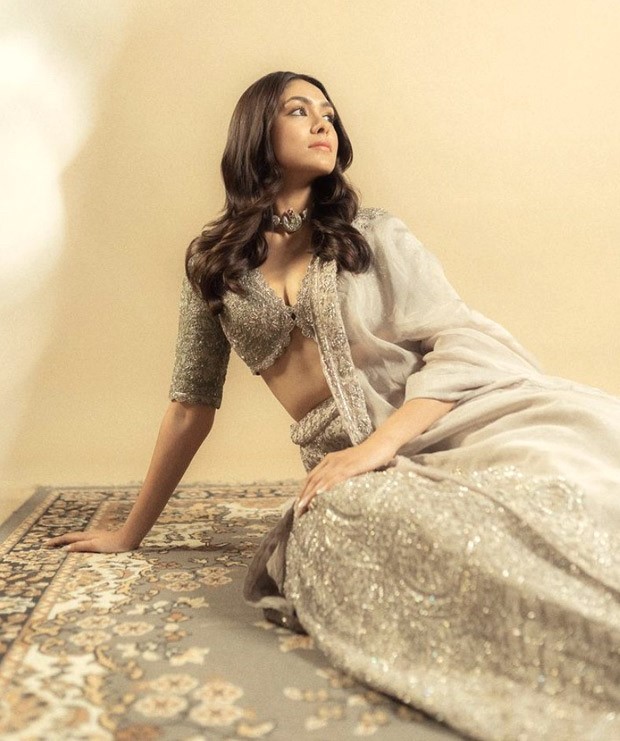 Meanwhile, on was last seen in film Jersey opposite Shahid Kapoor. Her upcoming line-up includes a family comedy film called Aankh Micholi directed by Umesh Shukla, followed by a war period drama, Pippa. She also has Pooja Meri Jaan and Gumnaam in her kitty. 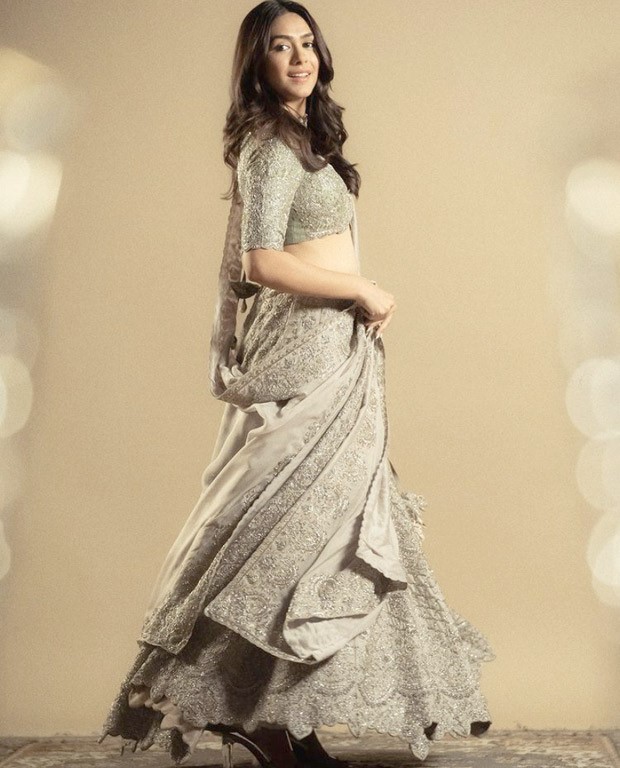 Also Read: Mrunal Thakur receives handwritten letter from a fan after her grand Telugu debut with Sita Ramam: ‘I am overwhelmed and gushing with a smile’