Less than 24 hours are left for the release of the highly awaited films – Laal Singh Chaddha, starring Aamir Khan, and Raksha Bandhan, starring Akshay Kumar. The advance booking of the film was thrown open last week. The advance started on a fair note and it was expected that it’ll grow. Sadly, that hasn’t happened yet, and it has increased tension levels in the industry and exhibition circles. 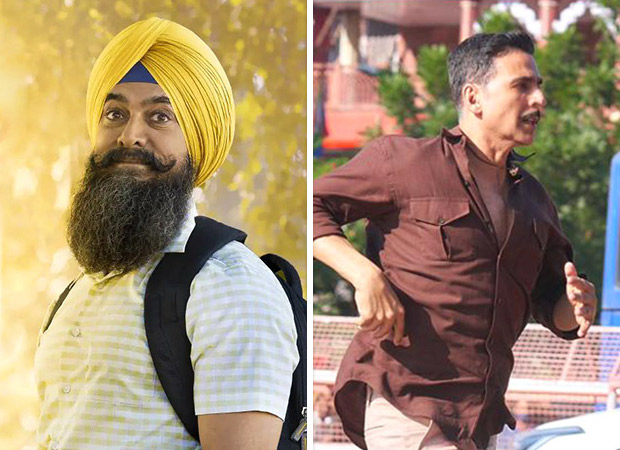 Trade veteran Taran Adarsh put out a strongly worded tweet wherein he mentioned that the ticket sales are below expectations and that we should stop painting a rosy picture. He also said that he hopes that positive word of mouth and a huge number of walk-in audiences help both Laal Singh Chaddha and Raksha Bandhan put up a strong day 1 tomorrow, that is, August 11.

STOP painting a rosy picture… Let’s get the facts right… The *advance bookings* of #LaalSinghChaddha and #RakshaBandhan are way BELOW EXPECTATIONS… Both dependent on [i] spot bookings / walk-in audience and [ii] word of mouth to put up strong totals on Day 1 [Thu]. pic.twitter.com/EA9RPbZ9eh

When Bollywood Hungama spoke to Taran Adarsh, he explained why he decided to put up this tweet, “Some people are claiming that ‘acchi advance booking hui hai’. As per the data that I have got from multiplexes, these claims are far from the truth. When certain journos are making such claims, I wonder what numbers they are getting and from where.”

When asked about a possible day 1 collection of these films, he stated, “It’s too early because shows are still getting divided. The matter is resolved in the multiplexes but in the single screens, the booking is yet to start. Hopefully, they should settle it today. I hope it doesn’t happen as it happened with Sooryavanshi (2021) a night before the release.”

Bollywood Hungama reported yesterday that the distributors of both the movies were in discussion with theatres over show-sharing issues. As a result, till yesterday evening, most multiplexes had commenced the advance booking of Laal Singh Chaddha and Raksha Bandhan in just one screen for each of the films.

A source told Bollywood Hungama, “The matter with the multiplexes was resolved yesterday and they started bookings at night. As for the single-screen cinemas, a settlement has been met. One can expect the advance to begin everywhere today by 2 or 3 pm at the max.”

Manoj Desai, executive director, G7 multiplex and Maratha Mandir Cinema, yesterday in a video had thundered that he hasn’t been allowed to open advance booking for Laal Singh Chaddha and Raksha Bandhan in his iconic theatre, Maratha Mandir. He also said that even the other single-screen theatres haven’t been able to start selling tickets.

The source continued, “In single screens, it took a while to reach a consensus. But seems like the issue has been resolved. Late evening, bookings began at Maratha Mandir. 2 shows of each film will be played.” Most single screens have given equal shows to both films, as evident from the playing programmes of these theatres, which are listed on booking apps.

An industry expert opined, “The media will see both the movies today at the press shows. Their verdict is been keenly awaited. We hope Laal Singh Chaddha, as well as Raksha Bandhan, are well-made entertainers. The industry needs these films to work big time.”