Koffee With Karan 7: Karan Johar refers to Shahid Kapoor as the ex-husband of Kareena Kapoor Khan and her expression is pure horror : Bollywood News

The recent episode of Koffee With Karan 7 may not have been as hot and brewing as we would have expected it to be but it did have some trolling, fun and foot in the mouth moments that had us in splits. One amongst them was a rare slip of tongue moment of the host Karan Johar when he was asking a question to Kareena Kapoor Khan that left her in shock and her couch companion Aamir Khan in splits. 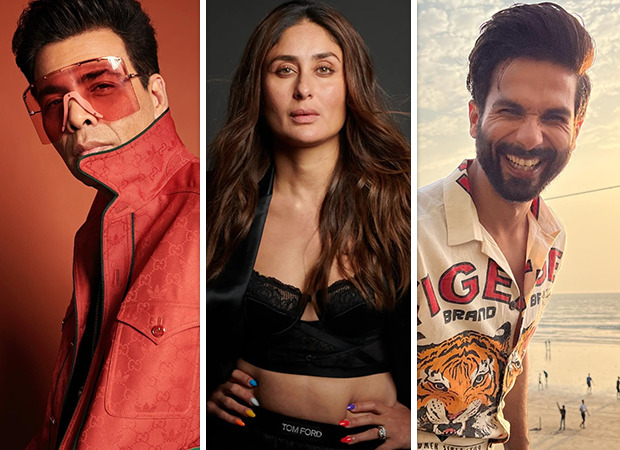 Koffee With Karan 7: Karan Johar refers to Shahid Kapoor as the ex-husband of Kareena Kapoor Khan and her expression is pure horror

Readers would be aware that while Aamir Khan has appeared for about three times on the show, Kareena Kapoor Khan has been a ‘koffee’ regular even since its inception. Referring to her past appearances, Karan said, “Bebo, you have been on this show so many times. You have come in different stages of your life. Bebo has been with her husband, ex-hus…” As soon as he said it, Karan paused himself but Kareena looked shell shocked at the host whereas Aamir looked quite amused by the slip of the tongue moment. “Not ex-husband, sorry. She’s been with her ex-boyfriend. She’s then been with her contemporary and I have seen you through all these stages,” he continued.

For the uninitiated, during the start of her career, Kareena Kapoor Khan was dating Shahid Kapoor and the two were quite open about their relationship. The duo went their separate ways after the release of Jab We Met in 2007. In fact, yet another reference made on the show about their relationship was during the Rapid Fire round when the actress was asked ‘who was the person Shahid wouldn’t invite at a party?’ and her response was, “Me, I guess.”

On the work front, Shahid Kapoor and Kareena Kapoor Khan have never shared screen space after their last film Jab We Met. While they featured in Udta Punjab, the film did not feature any scene of the two actors together.

Also Read: Koffee With Karan 7: Aamir Khan compliments Laal Singh Chaddha co-star Kareena Kapoor Khan: ‘I am a perfectionist, but she is perfect’