The Jugjugg Jeeyo cast and crew gathered over the weekend to celebrate the movie’s success. Anil Kapoor, Neetu Kapoor, Kiara Advani, Varun Dhawan, Prajakta Koli, and Maniesh Paul were among the celebrities who attended the party hosted by producer Karan Johar. It also included director Raj Mehta. Farah Khan, the director-choreographer, and Apoorva Mehta, the CEO of Dharma Productions, were also present at the event. Kiara, Varun and Neetu Kapoor shared images from the party but what caught our attention was Kiara Advani’s outfit. 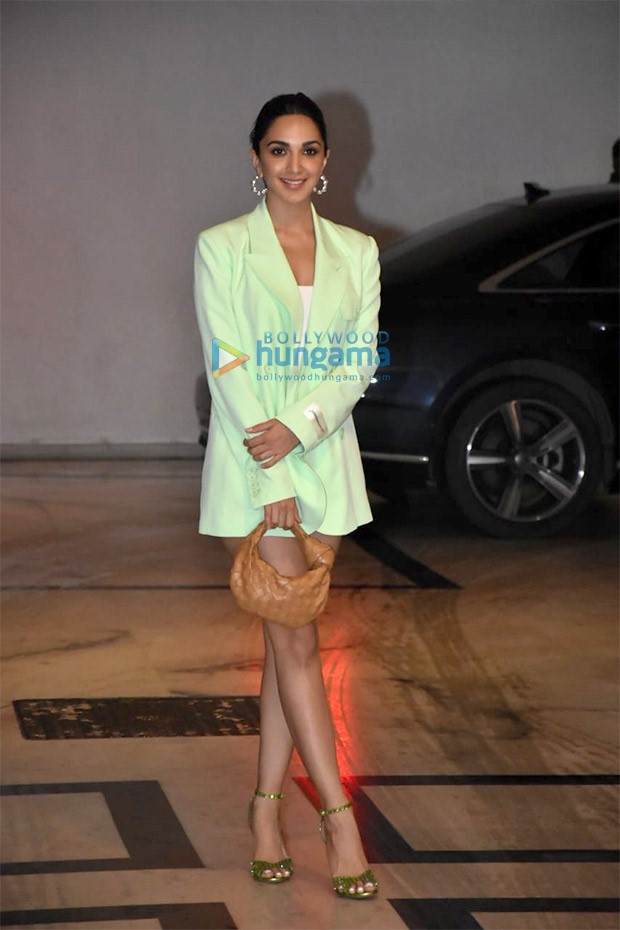 Kiara Advani has proven she is thriving in the fashion industry in addition to effectively showcasing her acting talent. Kiara has upped her fashion game, wearing ethnic clothing as well as modern styles with a traditional touch, but she always keeps it classy. It thus comes as no surprise that the actor once more displayed her diverse fashion sense when she arrived at the celebration. In a pastel green double-breasted jacket by Hinnominate with notched lapels, buttons, triple pockets, and a single collar, Kiara exhibited an appearance that was quite stylish. She topped the blazer over a white top. It was tucked into Kiara’s frayed-hemmed, high-waisted shorts. Her blazer is worth Rs. 3,242. 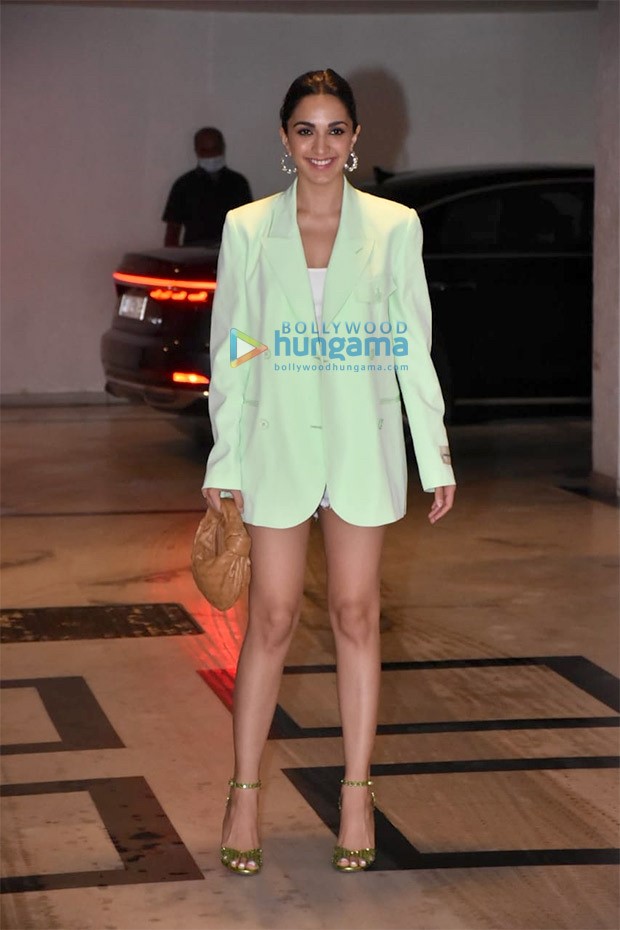 Kiara perfected her party appearance by accessorising it with chic pieces like the brown mini Jodie bag from Bottega Veneta, which retails for about Rs. 1,50,000. Hoops and Aquazzura’s green embellished ankle-strap stilettos round out the list. The celebrity wore her hair in a pulled-back, twisted bun. She also had adorable pink lips, semi-dewy makeup, and winged eyeliner. 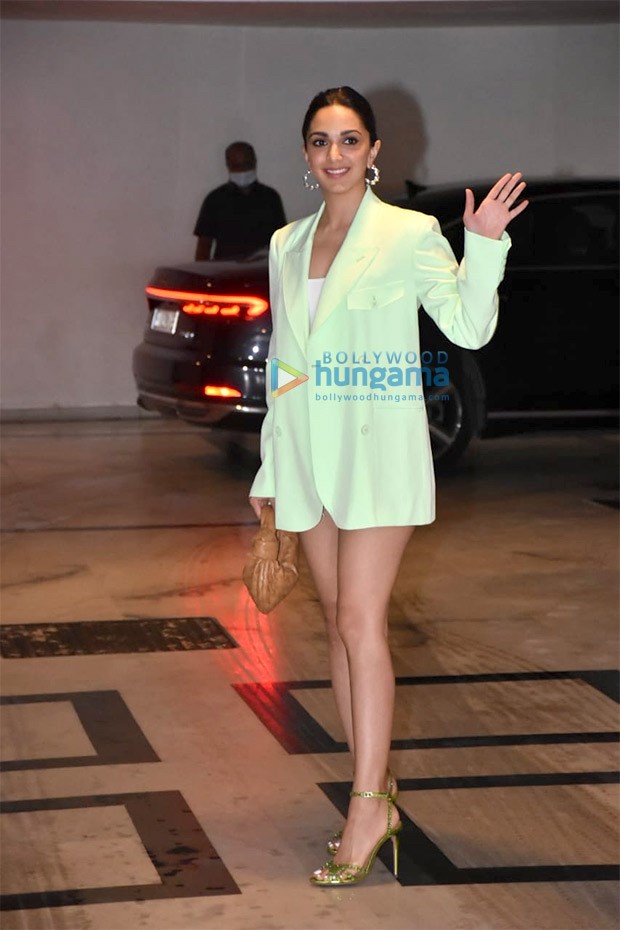 Kiara was last seen in Bhool Bhulaiyya 2 alongside Kartik Aaryan and Jug Jug Jeeyo alongside Varun Dhawan. Her upcoming projects include RC-15 with Ram Charan and Govinda Naam Mera with Vicky Kaushal and Bhumi Pednekar.

SUMMARY OF THE LOOK DETAILS: