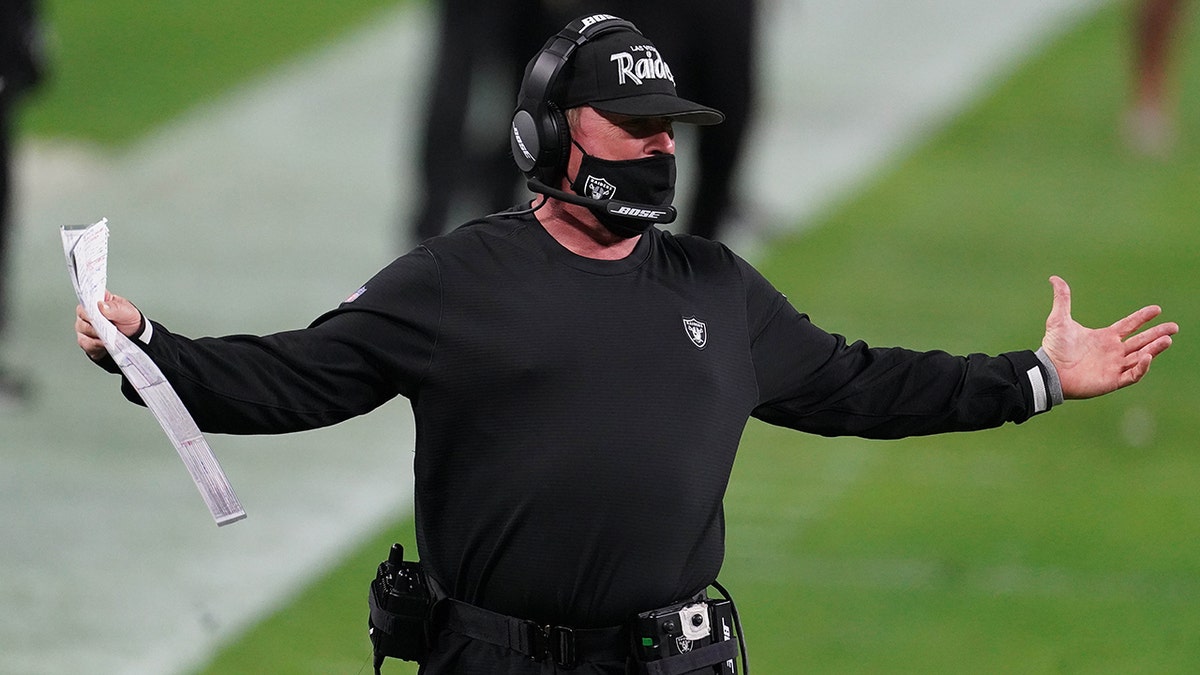 Jon Gruden stepped down as the head coach of the Las Vegas Raiders last October after it was reported he made racist, misogynistic, and homophobic emails directed at Commissioner Roger Goodell and NFL Players Association Executive Director DeMaurice Smith, among others in emails.

However, his agent feels that the league was out to get him.

“I can tell you right now that was a hit job,” Bob LaMonte told JoeBucsFan.com.

LaMonte questioned why the league waited months to release the information, and why the league seemed to focus solely on Gruden. The emails were discovered during the league’s investigation on the Washington Commanders’ workplace culture.

“Why now, of all things, does that come out in an investigation that had already gone away?” LaMonte said. “And it was 10 years ago. And then why Jon and why the Raiders? He wasn’t even in the league at the time of those e-mails… That’s the tragedy of it. You can say what you want, but if anyone really understands Jon, they know he’s not a racist. That’s quite obvious. No one would ever say that.”

Gruden is suing the NFL and its commissioner, Roger Goodell, as he, too, feels the league attempted to ruin his career. A judge denied the NFL’s notion to dismiss the case,

“Everyone knows it was wrong,” his agent said. “You have 650,000 e-mails and his six were picked out…and he wasn’t even in the league. He prevailed in court and he will prevail again.”

“As I told coach, whoever took you out, Jon, that was a paid assassin,” Musburger said in an interview with Las Vegas Sports Network’s JT the Brick. “That was one of the best hit jobs that I’ve ever been around.

Gruden had signed a 10-year, $100 million deal with the Raiders in January of 2018 after nine years away from coaching, but everything seems to snowball rather quickly, and he was gone after just four seasons.

Despite not coaching, though, LaMonte says his love for football hasn’t wavered.

“The guy watches films all day, that’s what he does. He’s basically a football junkie and you took it away from him,” he said.

LaMonte said the situation “took a very bad toll on” Gruden, and his “family was destroyed,” but he is “doing a lot better now” and believes he will coach again.

“I think Jon looks younger, happier and better now. He’s an infinitely wealthy person and the irony of this lawsuit is that everyone says he’ll make a fortune, He doesn’t really need the money. All Jon Gruden wants is his life back — and he’s going to get it back.”

Gruden cached the then-Oakland Raiders in the AFC Championship Game in 2000. In his first year as the head coach with the Tampa Bay Buccaneers, he won Super Bowl XXXVII over his former Raiders.

He was placed in the Bucs’ Ring of Honor in 2017, but was removed last year amid the scandal.