CMD & Founder of production house Pen Studios, Dr. Jayantilal Gada is bestowed with yet another honor. Dr. Gada has been honoured with the UAE Golden visa, which grants people 10-year residency and a host of other benefits. 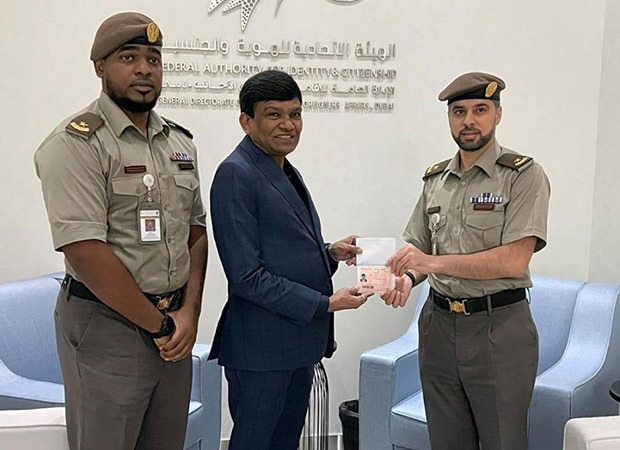 Dr. Gada’s company Pen India Ltd. is one of the longest running companies in the industry. Pen India Ltd. has been a part of the industry for 35 long and successful years. Recently, it was associated with the Sanjay Leela Bhansali’s Gangubai Kathiawadi starring Alia Bhatt which was one of the first theatrical releases post COVID-19 and it was followed it with a the pan India film S.S.Rajamouli’s RRR starring Ram Charan and Junior NTR.

Talking about receiving the Golden Visa Dr. Jayantilal Gada said “It’s always an honour when your work is recognised across the world, and I am duly humbled to have received UAE’s Golden Visa. I would say it’s a matter of pride to join the list of other celebrities like Kamal Hasan ji and Ranveer Singh who recently too received the same honour. I thank my good friend Anil Bhai, of Kanz Jewellers, Dubai who pushed me for this and the United Arab Emirates Government.”

Among other releases this year, Pen Studios has produced a host of films such as Attack, Jersey and Vikram.