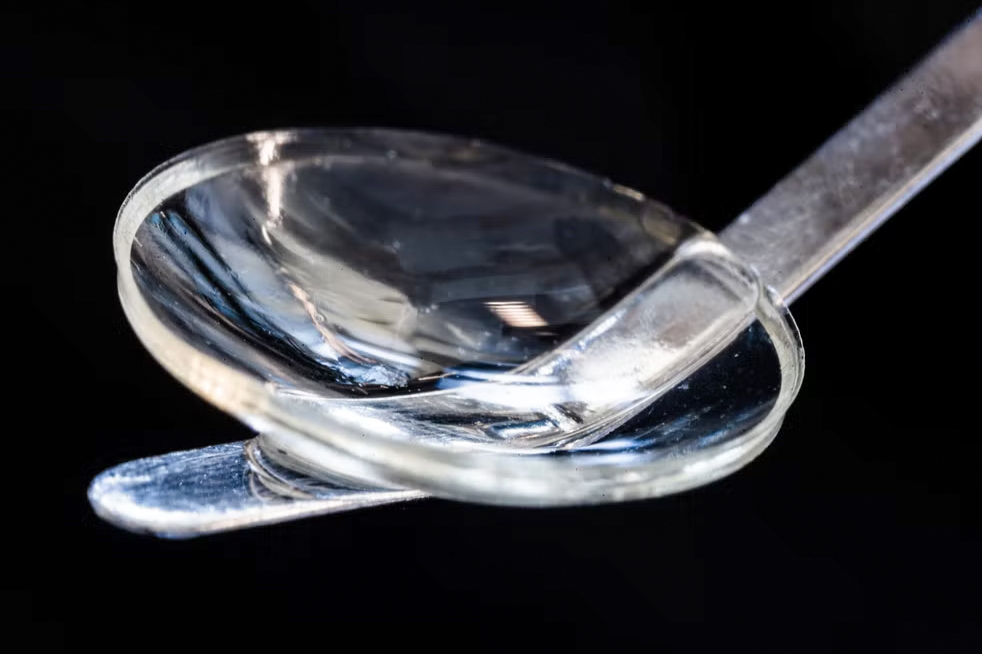 Twenty people with diseased or damaged corneas had significant improvements in their vision after they received implants engineered out of protein from pigskin.

The patients, in Iran and India, all suffered from keratoconus, a condition in which the protective outer layer of the eye progressively thins and bulges outward. Fourteen of the patients were blind before they received the implant, but two years after the procedure, they had regained some or all of their vision. Three had perfect vision after the surgery.

The research team behind the technology published its findings Thursday in the journal Nature Biotechnology.

“We were surprised with the degree of vision improvement,” said Neil Lagali, a professor of experimental ophthalmology at Linköping University in Sweden who co-authored the study.

Not all patients experienced the same degree of improvement, however. The 12 Iranian patients wound up with an average visual acuity of 20/58 with glasses; functional vision is defined as 20/40 or better with lenses.

Nonetheless, Dr. Marian Macsai, a clinical professor of ophthalmology at the University of Chicago who wasn’t involved in the study, said the technology could be a game changer for those with keratoconus, which affects roughly 50 to 200 out of every 100,000 people. It might also have applications for other forms of corneal disease.

“The concept that we could have bioengineered corneas would be revolutionary,” Macsai said. “It would potentially eliminate the risk of rejection and potentially make corneas available to patients worldwide.”

To create the implant, Lagali and his team dissolved pig tissue to form a purified collagen solution. That was used to engineer a hydrogel that mimics the human cornea.

Surgeons then made an incision in a patient’s cornea for the hydrogel.

“We insert our material into this pocket to thicken the cornea and to reshape it so that it can restore the cornea’s function,” Lagali said.

Traditionally, human tissue is required for cornea transplants. But it’s in short supply, because people must volunteer to donate it after they die.

So, Lagali said, his team was looking for a low-cost, widely available substitute.

“Collagen from pigskin is a byproduct from the food industry,” he said. “This makes it broadly available and easier to procure.”

After two years, the patients’ bodies hadn’t rejected the implants, and they didn’t have any inflammation or scarring.

“Generally speaking, the body does handle pig tissues pretty well,” said Dr. Uri Soiberman, an assistant professor of ophthalmology at Johns Hopkins Medicine who wasn’t involved in the research. Usually, he added, rejections occur within a year of a transplant.

But any experimental medical procedure comes with risk. In this case, Soiberman said, a foreign molecule like collagen could induce an immune reaction.

The researchers prescribed patients an eight-week course of immunosuppressive eyedrops to lower the risk, which is less than the amount given to people who receive cornea transplants from human tissue. In those cases, patients take immunosuppressive medicine for more than a year, Lagali said.

“There’s always a risk for rejection of the human donor tissue because it contains foreign cells,” he said. “Our implant does not contain any cells … so there’s a minimal risk of rejection.”

The procedure itself was also quicker than traditional cornea transplants. The researchers said each operation took about 30 minutes, whereas transplants of human tissue can take a couple of hours.

In a standard cornea transplant, doctors cut open the eye and remove damaged or diseased tissue, then replace it with tissue from a human donor. But that can be invasive and remove “a lot of important cells and nerves in the cornea that are otherwise healthy,” Lagali said.

The surgery can also be very expensive.

“It’s nice to have another option,” Soiberman said.

He noted, however, that there are limitations to the pilot study. It’s not yet clear whether the surgery would work for patients who have other forms of corneal disease aside from keratoconus.

The bioengineered implant “is used to replace the stroma, the central layer of the cornea,” he said. “So that’s only for diseases where that part of the cornea plays some role in the pathology.”

The technology also might not be useful for patients with scarring, Soiberman said, like people whose corneas had bacterial or viral infections.

Lagali said his team hopes to replicate its results in a study of 100 or more patients, then work toward getting regulatory approval from agencies like the Food and Drug Administration. Ultimately, the team hopes to make the implants available in countries where human donor tissue is scarce.