EXCLUSIVE: Gippy Grewal says it is ‘bad’ that Sidhu Moose Wala’s unreleased tracks were leaked: ‘His father said there are almost 40-50 songs which are yet to be released’ : Bollywood News

Back in May 2022, popular Punjabi singer and rapper Sidhu Moose Wala was shot dead. The incident allegedly took place in Jawaharke village of Mansa district on May 29. His untimely death has left the nation in shock with fans, netizens and political leaders demanding investigation in the murder of the rapper. Popular singer-actor Gippy Grewal has stood beside Moose Wala’s family through this tumultuous times. He also helped Sidhu’s parents get the unreleased tracks of the late musician, which were getting leaked after his untimely demise. 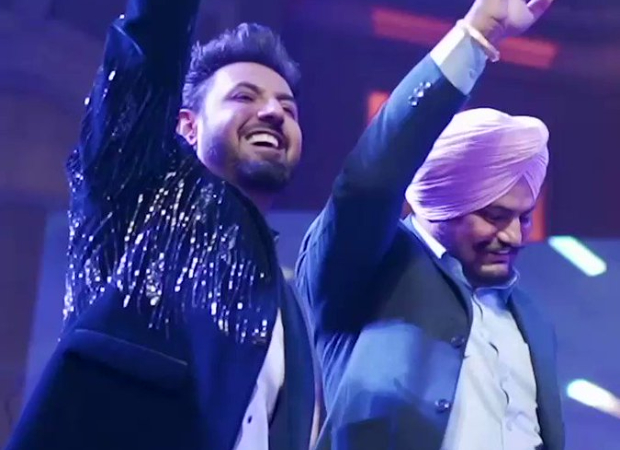 EXCLUSIVE: Gippy Grewal says it is ‘bad’ that Sidhu Moose Wala’s unreleased tracks were leaked: ‘His father said there are almost 40-50 songs which are yet to be released’

In an exclusive interview with Bollywood Hungama, Gippy Grewal was asked about his appeal to people to not leak unreleased songs of the later Punjabi musician. Grewal revealed that Moose Wala would record 4-5 songs with a music director after listening to the composition. “When I visited his father, he said that there are almost 40-50 songs which are yet to be released,” Gippy said, further adding that, “I don’t know how people leak songs and it is very bad.”

Gippy Grewal then said that he spoke to Sidhu Moose Wala’s father to officially release a statement. “Soon after releasing the statement, we got all his songs and now it is with his parents,” he said.

In the same interview, Grewal recalled how Sidhu was launched under their label. “I knew him from the beginning as I launched Sidhu through Humble Studios. When I was about to launch my company, one of my best friends came to me and said that he has a friend who is a singer. I heard the song; it was ‘So High’. So, we decided to release our music company with that song and it turned out to be a hit,” he said.

“Later, I met him and there was an attachment with him. We had no song together so I thought of making a song together for a movie. I told him to meet next week and discuss, but he left for his heavenly abode,” Gippy added.

He said, “Sidhu was a huge artist. Drake used to follow him. I think Sidhu was the only person from India who was followed by Drake. He had a huge fanbase and a lot of people were connected with him.”

Sidhu Moose Wala shot to fame in 2017 with his track ‘So High’. He is regarded as one of the most popular independent rappers. He made several hits including ‘Legend’, ‘Devil’, ‘Just listen’, ‘Tibeyan da putt’, ‘Jatt da muqabala’, ‘Brown Boys’ and ‘Hathyar’ among others. His last track was ‘The Last Ride’. Ever since his death, several tracks of the rapper have once again picked up streams on the music platforms and trending charts.

ALSO READ: Drake pays tribute to Sidhu Moose Wala at Toronto concert; wears a T-shirt with rapper’s face on it