We all know that Liger co-stars Ananya Panday and Vijay Deverakonda share a fun equation on and off camera. During an exclusive chat with Bollywood Hungama, the couple had some interesting tidbits that they shared about each other. In the same interaction, Ananya revealed that her co-star keeps calling her by a name and she was more than happy to tell him how much she disliked it. 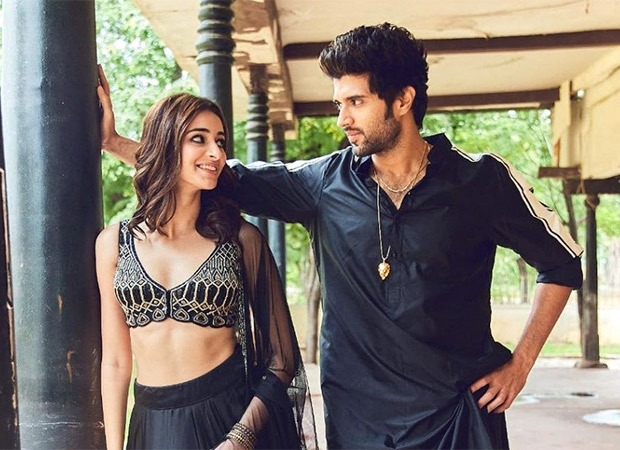 EXCLUSIVE: Ananya Panday reveals Liger co-star Vijay Deverakonda has a name for her but she HATES it

In the Rapid Fire round of Bollywood Hungama, Ananya Panday was her candid self and responded to some interesting questions about her co-stars, friends, and family. The actress was asked to tell about the one thing she wanted to tell Vijay Deverakonda but couldn’t. She initially maintained, “I have told him everything that I wanted to tell him.” But after giving it a little thought, the actress pointed at Vijay and said, “Stop calling me Juvenile.” Vijay further went on to add, “Yes, I call her juvenile sometimes. So she warned me even yesterday not to call her by that name.”


Speaking of Liger, the film marks the debut of Vijay Deverakonda in Bollywood. It is also Ananya’s first Pan India film. Directed by Puri Jagannadh, the film also stars Ramya Krishnan, Ronit Roy, and Vishu Reddy, among others. While Vijay plays the role of a fighter, Ramya Krishnan plays the role of his mother whereas Ananya is his love interest. Vishu Reddy plays the role of the antagonist. Also, American boxing legend Mike Tyson plays a pivotal role in the film. Produced by Karan Johar under the banner Dharma Productions along with Puri Connects, Liger hit the big screens on August 25. The film released in Hindi, Tamil, Telugu, Kannada, and Malayalam.

Also Read: EXCLUSIVE: Liger star Ananya Panday on how she responds to online trolling – “I like giving answers back”

Akshay Kumar’s Raksha Bandhan has collected in the range of Rs. 6 to 6.40 crores on Friday, Day 2 which is much below even the conservative expectation of the Hindi film industry. The film registered Read more…