Dulquer Salmaan pens an emotional note saying he ‘cried’ following Sita Raman success: ‘Thank you for making me feel like your own’ : Bollywood News

Indian actor Dulquer Salmaan has penned an emotional note following the success of Sita Ramam. The actor, who predominantly works in Malayalam cinema, has worked in Hindi and Tamil films as well. Sita Ramam, starring Mrunal Thakur, marks his second Telugu language film which has received quite a response from the audience. The actor penned a note thanking the audience for supporting the film. 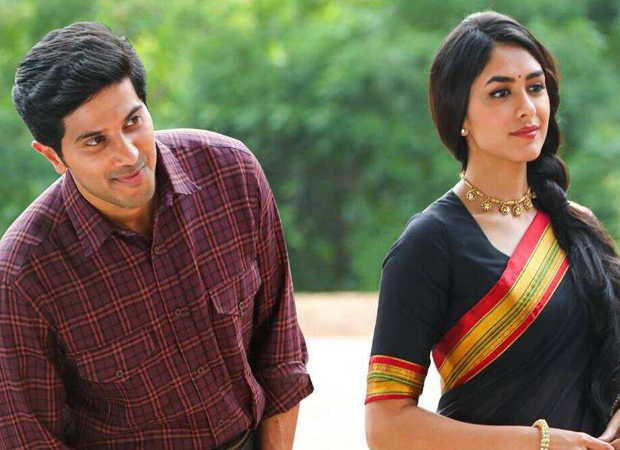 Dulquer Salmaan pens an emotional note saying he ‘cried’ following Sita Raman success: ‘Thank you for making me feel like your own’

Addressing his letter to ‘the wonderful Telugu audience,’ Dulquer wrote, “My first ever film that was dubbed In Telugu and released was OK Bangaram. Thanks to Mani Sir, you all took a chance on me and gave me immense love in my first outing. Then, Nagi & Vyjayanthi gave me the opportunity to play Gemini in Mahanati and even though it had grey shades, the love and respect I got for the role and film was unlike anything I expected. Ammadi became a permanent part of my life wherever I went. Kanulu Kanulanu Dochayante & Kurup were dubbed films, yet the love you gave to those films is something I’ll never forget.”

Dulquer continued, “When Swapna and Hanu approached me with Sita Ramam, I knew I was in safe hands. I knew we would be delivering a quality film and I want to always do only those straight Telugu films that will be unique and pathbreaking. The film is a combined effort of so many artists and talents and crew and it became as beautiful as it is because of everyone involved. I cried on the day of release because I was so overwhelmed with the film and how people were accepting the film. The love you’re showing all of us be it Hanu, Mrunal, Rashmika, Sumanth Anna, Vishal, PS Vinod sir and myself, isn’t something we can explain in words.”

He concluded the note by writing, “Thank you to the cinema loving audience of Telugu. Thank you to the biggest believers in the art of cinema. Thank you for making me feel like your own.” He captioned it, “Filled with gratitude and so much emotion for all the love you are showering us with!! Ram says thank you with folded hands !”

ALSO READ: Dulquer Salmaan reveals he wants to direct a film; says, “It will be different from the imagination of the audience.”