DID Super Moms: Janhvi Kapoor and Urmila Matondkar share a special connection and it is related to Sridevi : Bollywood News

After receiving an overwhelming response to the previous two seasons, Zee TV recently launched the season 3 of its popular non-fiction show – DID Super Moms.  The judging panel includes some prominent names like Remo D’Souza, Bhagyashree Dassani and Urmila Matondkar who mentor and guide the talented moms through their journey and help them achieve their dancing dreams. While we witnessed the energetic performances of top 12 contestants in the past few weeks, this weekend, the viewers are in for a treat as Janhvi Kapoor will be seen gracing the show as a special guest. 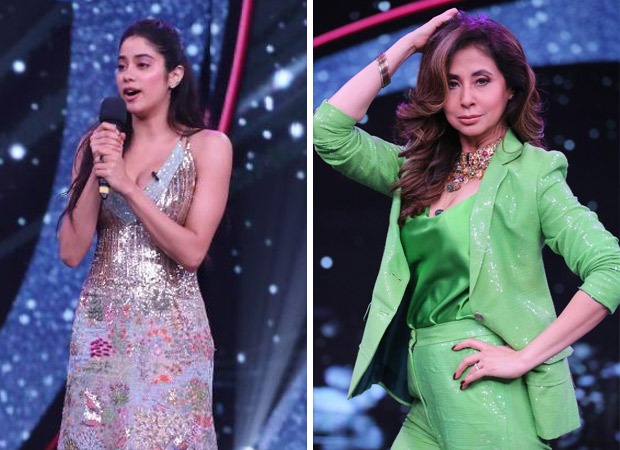 DID Super Moms: Janhvi Kapoor and Urmila Matondkar share a special connection and it is related to Sridevi

After one of the contestants named Sadika portrayed a pregnant mother in performance, judge Urmila Matondkar revealed that she was reminded of the time when a pregnant Sridevi was shooting for Judaai. While she got nostalgic about those wonderful days, she even spoke about how she met Janhvi outside the DID Super Moms set and they shared a moment remembering her late mother, Sridevi. What’s more is that Urmila also went on to make a shocking revelation about her distinct connection with Janhvi!

Speaking about it, Urmila Matondkar said, “Sadika, I must say that you have beautifully showcased the whole journey of your pregnancy in a very graceful manner, but the real hero of this act was your daughter – Maera.  I think this act was complete only because of her presence. In fact, this is the same thing I was discussing with Janhvi when I met her outside the set. I remember, when I was shooting with Sridevi Ji for one of the songs in our film – Judaai, she was pregnant with Janhvi at that time. We spoke about having a connection even before she was born, and I must say it was a really heart-warming moment for us to reconnect about it. Similar to Sridevi Ji, you have also danced with your daughter, and I wish your life is filled with lots of love and happiness going forward.”

While all the Super Moms put their best foot forward, it was Sadika Khan and her choreographer Vivek Chachere’s performance to the song ‘Sapna Jahan’ from the film Brothers that grabbed everyone’s attention. In fact, their beautiful act about Sadika’s pregnancy journey left everyone emotional.

DID Super Moms airs every Saturday and Sunday at 9 pm, on Zee TV.