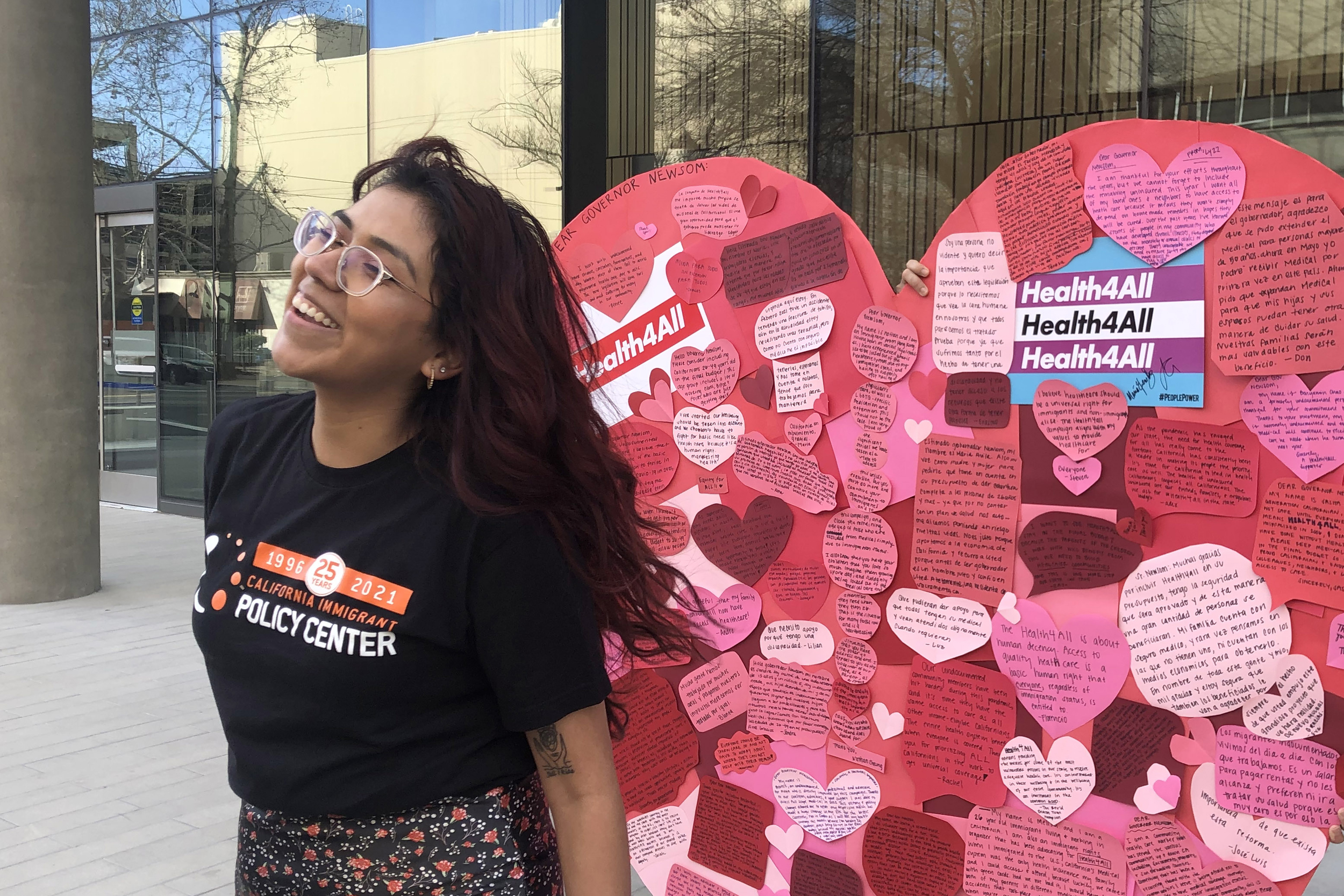 California will extend health coverage through next year for about 40,000 low-income, undocumented young adults who are at risk of losing coverage under the state’s Medicaid program.

Beatriz Hernandez, 26, who immigrated from Guadalajara, Mexico, when she was 12, qualifies for the extended benefit. “This is amazing. I’m happy,” she said in an interview with Noticias Telemundo.

Since 2019, California has offered health coverage under Medi-Cal, the state’s public health insurance program for lower-income residents, for those up to age 25 regardless of their immigration status. That has allowed state residents like Hernandez to have insurance.

In the summer, the California Legislature approved Gov. Gavin Newsom’s budget, which includes funds to expand health care coverage to undocumented Californians between the ages of 26 and 49. But that won’t be implemented until January 2024. Meanwhile, it’s estimated that 40,000 beneficiaries have reached or will reach the age of 26 and may be left without coverage during the transition.

The new policy announced Monday by the state’s Department of Health Care Services resolves the gap by guaranteeing continuous coverage for young people until the end of 2023.

Hernandez is one of them.

On March 1, she turned 26. While she said she was grateful “for another year of life,” she was worried about losing her health care coverage and wasn’t sure what she was going to do.

“It means much more to us than not losing the Medi-Cal card,” she said. “It’s being able to obtain prescriptions for glasses, medication for any type of health problem, all these things that keep us healthy.”

Iván Barragán, coordinator of health and public policy at the California Immigrant Policy Center, said protecting young adults by extending health care coverage will prevent unnecessary interruptions in medical care and, as a result, “will keep them covered and healthier.”

Hernandez, who’s been working for years as a health care access organizer at the Immigrant Policy Center, said the measure is an achievement for the community.

She has seen how the state’s gradual extension of health care coverage for undocumented residents has helped members of her family.

In 2016, California offered Medi-Cal coverage to undocumented residents up to the age of 18, making it possible for Hernandez’s three younger brothers to access health care services. Since Hernandez was older, she didn’t qualify and went through a difficult and stressful financial situation — she had to pay $1,000 more per semester in college because she didn’t have health insurance.

In 2019, when the state expanded Medi-Cal to undocumented Californians up to age 25, Hernandez said her life changed. “I can have glasses, go to the dentist, have regular appointments and have a trusted doctor,” she said.

Hernandez’s recent coverage and medical access contrasts with the experience of her parents, who have only had emergency medical care, since they don’t qualify for the state’s health care coverage.

“My dad, like me, suffers from depression,” she said. “I’m on medication and I have therapies, but in my father’s case it’s different.”

Hernandez also worries about her mother. “She can only go to the doctor if her situation is a complete emergency or very serious — her health is at risk, in one way or another,” she said, explaining her mom can’t afford to do preventive or follow-up care.

California has been taking steps to provide more health care to residents. In May, it offered coverage to low-income people older than 50 regardless of immigration status; families can check online to see if they qualify. This, Hernandez said, benefits her father.

The last extension of Medi-Cal approved in the summer — coverage for Californians between the ages of 26 and 49 who lack legal status — will benefit her mother when it goes into effect in 2024.

A chain of benefits

Extending health care coverage, Hernandez said, goes beyond helping one individual. “When my dad has depression and episodes, or when I went through my depression, it not only affects me or him, but the entire nucleus of the family.”

Expanded coverage also benefits the community, she said. “We need everyone to be healthy, so that we can all be well.”

Nationwide in 2020, about 22.1 million people lacked legal immigration status, about 7% of the population, according to the Kaiser Family Foundation, a nonprofit group focused on health issues. Undocumented Americans are not eligible for most federal public benefit programs, even if they hold jobs and pay taxes.

California will be an exceptional case: By 2024, it will be the first state to offer free or low-cost health coverage to low-income residents regardless of their immigration status.

“Once again,” the Immigrant Policy Center’s Barragán said, “California is leading the way in keeping our communities healthier.”