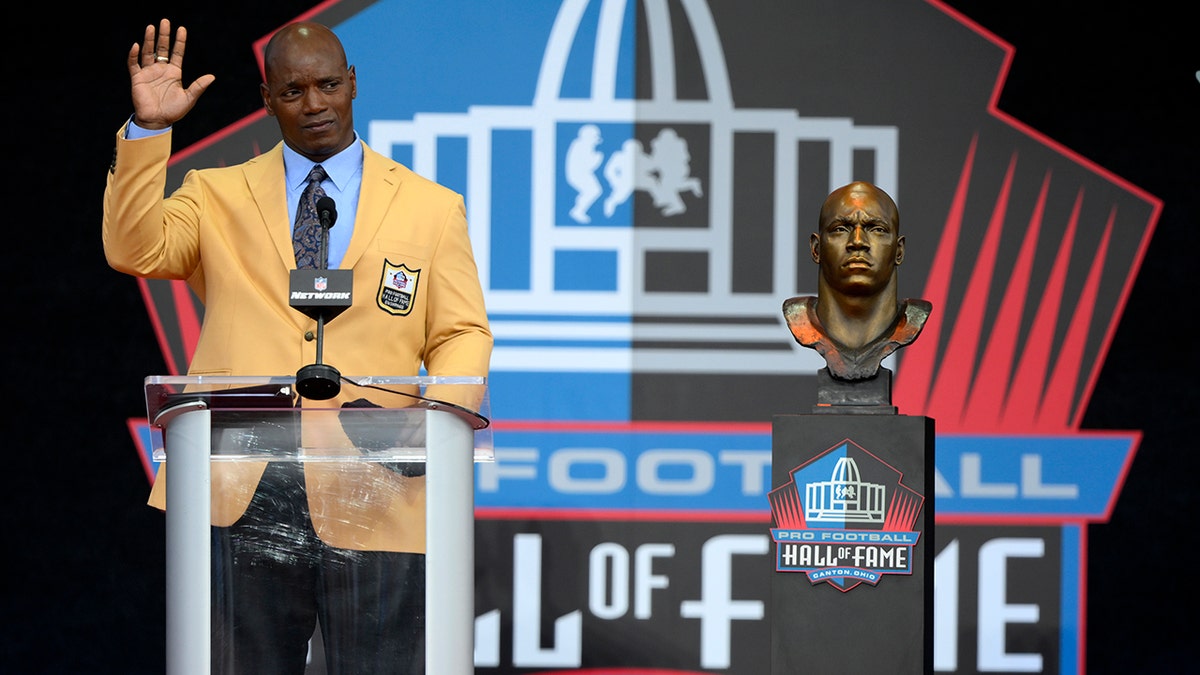 Bryant Young was inducted into the Pro Football Hall of Fame on Saturday with a swath of other NFL greats, but his speech was the one that stole the show in Canton, Ohio.

Young played for the San Francisco 49ers from 1994 to 2007. He was a one-time Super Bowl champion, one-time All-Pro and four-time Pro Bowler during his career.

But his stats and accolades were on the back burner when he stepped up to the podium. Young talked about the tragedy of losing his 15-year-old son, Colby, to pediatric brain cancer in 2016. The emotional tribute led to a standing ovation to those who watched him speak in Canton.

“Colby sensed where things were headed. He didn’t fear death as much as the process of dying,” Young said. “Would it be painful? Would he be remembered? We assured Colby we’d keep his memory alive and continue speaking his name.

“Colby … you live on in our hearts. … We will always speak your name.”

Young finished his career with 89.5 sacks and 627 tackles. He’s the 15th player to go into the Hall of Fame as a member of the 49ers organization.

“For the young guys, the advice that I would give them is this: Never, never be content,” he said. “Always find an opportunity to get better and move forward. There’s always work to be done. Don’t get encased in being one way. There’s always opportunities when you remain open and you remain teachable. Keep your eyes focused on what’s ahead, and always be open to improve.”

The Associated Press contributed to this report.