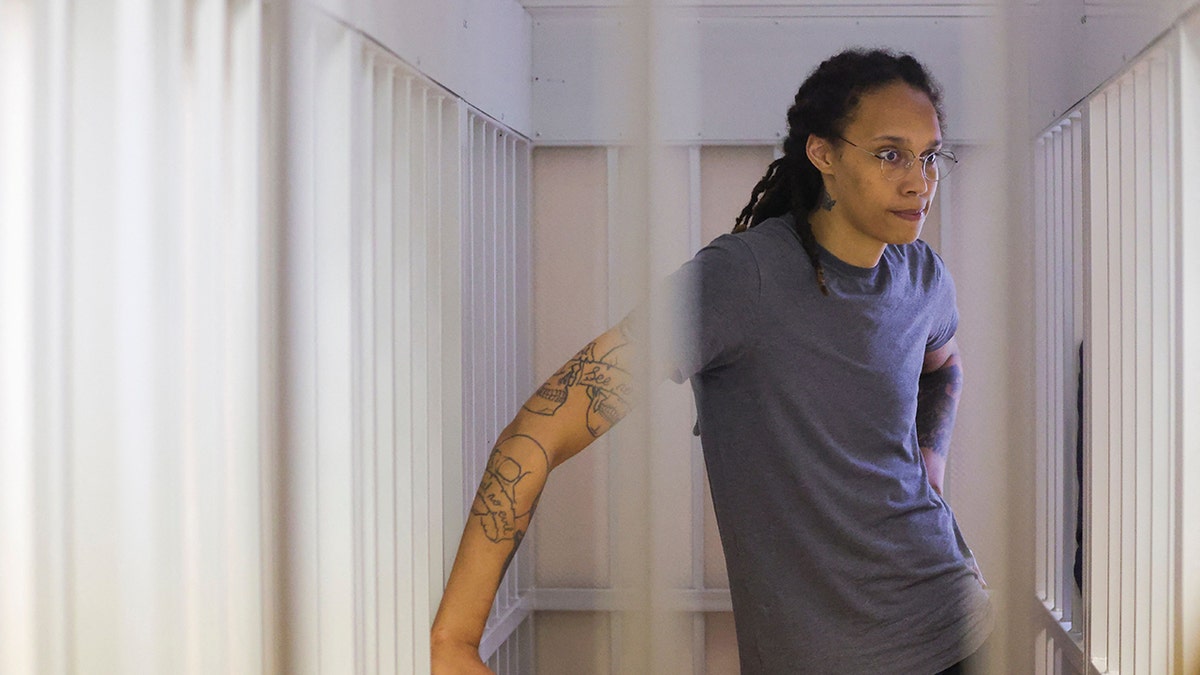 Brooklyn Nets star Kyrie Irving asked the question that so many pondered on Thursday morning: What is happening with Brittney Griner?

On Thursday, a Russian court found the WNBA star guilty of drug charges, months after she was arrested at a Moscow airport with vape cartridges containing hashish oil found in her belongings. Griner pleaded guilty to the charges last month but has maintained that it was not her intent to bring an illegal substance into the country.

The U.S. government has maintained that Griner was “wrongfully detained” and has presented the Kremlin with a “substantial proposal” to bring her and American Paul Whelan back home.

On the legal side, her attorneys have said they would appeal the verdict they called “absolutely unreasonable.”

But, as tensions between the U.S. and Russia continue to be strained amid conflict in Ukraine, the timeline and likelihood of Griner’s release remain unknown.

“I think we have to acknowledge that a foreign jurisdiction has put its processes to work in managing an admitted guilty defendant,” Hugh Dugan, an American academic and longtime diplomat who served as the special presidential envoy for hostage affairs under the Trump administration, told Fox News Digital of the complexities of brokering a deal.

“To continue to assert wrongful detention would require the White House to demonstrate how her nationality came to play in the outcome of this case and whether there are other pressures being placed on the White House by Russia and in conjunction with foreign policy matters.”

Dugan continued: “Wrongful detention would have to entail some substantial component of prejudice toward the defendant based on nationality, particularly, in this case, American nationality. The White House would need to demonstrate that, in fact, there was leverage being exerted by Russia on this case due strictly to the defendant’s foreign nationality and that there was an effort to secure other national interests by Russia through this situation.”

BRITTNEY GRINER PLEADS GUILTY IN RUSSIA, BUT EXPERTS WARN NEXT STEPS MAY HAVE SERIOUS CONSEQUENCES

“Today, American citizen Brittney Griner received a prison sentence that is one more reminder of what the world already knew: Russia is wrongfully detaining Brittney,” Biden said in a statement.

“It’s unacceptable, and I call on Russia to release her immediately so she can be with her wife, loved ones, friends, and teammates. My administration will continue to work tirelessly and pursue every possible avenue to bring Brittney and Paul Whelan home safely as soon as possible.”

But Dugan warned that such rhetoric could complicate negotiations.

“The White House continues its strong concern and interest in a speedy resolution, [but] as to how Russia will take to the White House’s overtures is another matter, and I believe the president’s continuing reference to wrongful detention at this point can only make Russia bristle.”

Rebekah Koffler, a Russian-born former U.S. intelligence officer and expert on Russia and Vladimir Putin, echoed that sentiment, saying the process will likely be drawn out over political differences.

“Brittney Griner’s appeal, which her Russian lawyers said they will pursue, will almost certainly be denied. It is only after the pro forma legal process is completed that the real deal can be discussed between Moscow and Washington,” she said Thursday.

“Since Moscow and Washington’s positions are currently irreconcilable — the former views Ms. Griner as a criminal who deserves almost maximum sentence for drug smuggling and the latter believes she is ‘wrongfully detained’ by Russia — this promises to be a long, protracted case in which Vladimir Putin’s regime holds all the cards and the Biden administration, almost none.”

United States Secretary of State Antony Blinken revealed last week that the Biden administration offered a “substantial proposal” for the return of the basketball player and fellow American Paul Whelan.

A prisoner swap has not been confirmed by the White House, but reports have suggested that Viktor Bout, a Russian arms dealer known as the “Merchant of Death,” could be a key component of that deal.

Bout is serving a 25-year sentence in the U.S. after being convicted of conspiracy to kill U.S. citizens and providing aid to a terrorist organization, prompting concerns over the proportionality of their crimes as it relates to a “fair” deal, but as Dugan explains, that concern is seemingly less significant as the situation evolves.

“The fact is that these humans become commoditized by each side and that the terms of recovery are seldom if ever related to the gravity of the situation that brought them into captivity,” he said.

“An analogy I’ve considered is if you were playing chess with me and my pieces were made of solid gold and yours were made of plastic, it wouldn’t determine the outcome of the game. The same dynamic is at work in terms of who plays, how, what and when. The intrinsic value of the pieces is anecdotal or incidental and not going to give one side a handicap in any way.”