Anushka Sen is living life queen size as the actress has taken off on a lovely Europe trip and we cannot stop gushing over her latest social media posts. Anushka, who is known face in television, started gaining a lot of popularity on social media and the actress has been seen bagging some very interesting projects including Korean drama.  As for trips, it comes as no surprise that the 20 year old actress loves to live out of a suitcase. After London and Paris, Anushka was recently spotted vacationing in Switzerland. 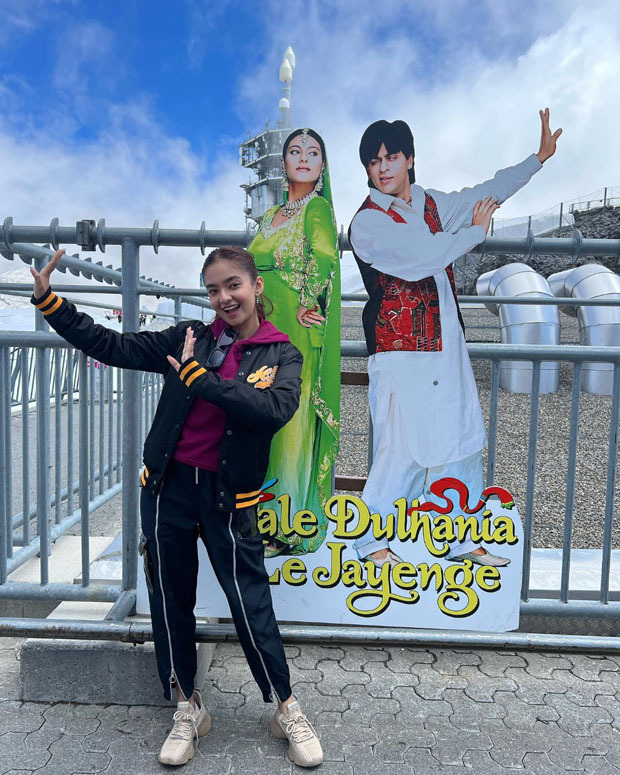 Over the weekend, we got several glimpses of her recent Switzerland trip. Ranging from gardens to Mount Titlis, Anushka posted photo dump from the Swiss vacay on her Instagram page. She shared a series of photos and videos of her enjoying the greenery in Lucerne, Switzerland on her social media, followed by which she also posted photos on a what looks like a boat or yacht as she was seen enjoying the water view.

Besides that she also shared two posts which are basically photo dumps from her Mount Titlis trip. One of them featured her as she was seen posing with the iconic DDLJ poster. Readers would be aware that the film Dilwale Dulhania Le Jayenge starring Shah Rukh Khan and Kajol made Switzerland quite famous as the film was shot in some of the picturesque locales of the country.

Her recent posts feature her in casual and trendy outfits as she seen posing on the streets of Zurich, Switzerland.

Anushka Sen, who has also tried her hands in Khatron Ke Khiladi, is expected to make her debut in Korean drama very soon.

Also Read: Anushka Sen is living her best life in Paris and her vacation photos are a proof of it