Alia Bhatt shares an adorable photo of Ranbir Kapoor from the sets of Brahmastra, says he is ‘punctual’ and ‘giving as an actor’: ‘His discipline is beyond brilliant’ : Bollywood News

Bollywood actors and newly married couple Alia Bhatt and Ranbir Kapoor will star in their first project together, Brahmastra, which is due for release in September. The project has taken five years in production and is finally gearing up for the release. But, before that, the actress has her maiden production Darlings which is out on Netflix on August 5. As the actress has been busy promoting the film, she recently did a quick Q&A on Instagram and answered some fun questions. 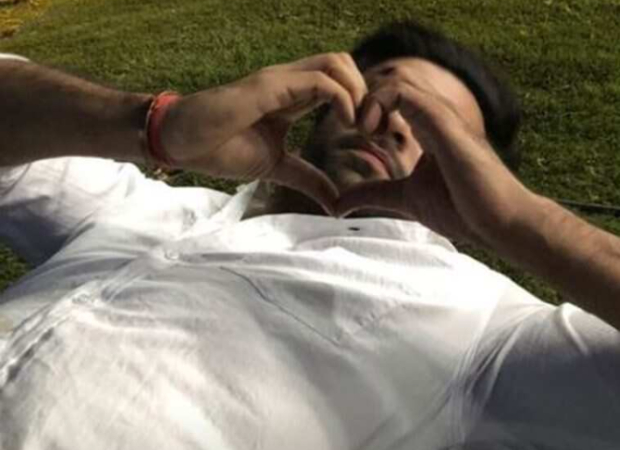 Alia Bhatt shares an adorable photo of Ranbir Kapoor from the sets of Brahmastra, says he is ‘punctual’ and ‘giving as an actor’: ‘His discipline is beyond brilliant’

During the session, Alia Bhatt was asked about working with Ranbir Kapoor on Brahmastra. She shared an adorable photo and wrote, “Ranbir is the easiest person to work with! He is so punctual. He is so giving as an actor! He never leaves the set. His discipline is beyond brilliant. Also, he would make these little hearts for me in between shots!” 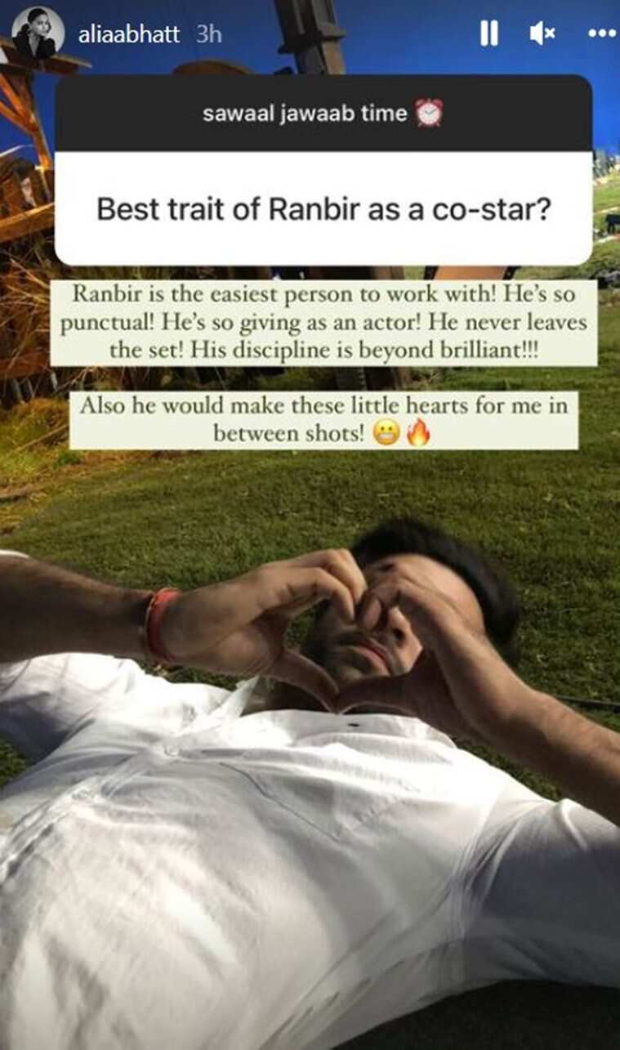