Akshay Kumar gets surprise from his Aanand L Rai and sister Alka on the sets of Superstar Singer 2; performances leave him teary eyed : Bollywood News

Sony Entertainment Television’s singing reality show Superstar Singer 2 has been entertaining audience with performances as ‘Best Bache’ contestants are putting their best foot forward to impress the judges. The forthcoming episode is all set to present yet another musical extravaganza filled with heart-warming moments as it will be a celebration of the brother – sister bond in the ‘Raksha Bandhan’ special this Saturday. Joining the celebration, will be director Aanand L Rai and star Akshay Kumar who will be seen promoting their upcoming film Raksha Bandhan along with their co-stars and on-screen sisters, Sadia Khateeb, Sahejmeen Kaur, Deepika Khanna and Smrithi Srikanth. 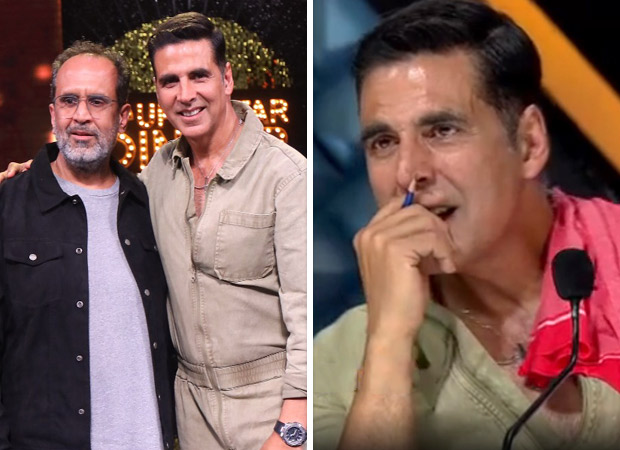 Akshay Kumar gets surprise from his Aanand L Rai and sister Alka on the sets of Superstar Singer 2; performances leave him teary eyed

Amidst all the performances and fun moments, Aanand L Rai gave a special surprise to Akshay Kumar on Raksha Bandhan which left him emotional.

Talking about his experience working with Akshay Kumar over the years and why Raksha Bandhan is truly special to them, Aanand L Rai shared, “When we work together, we never make each other feel that he is my actor and I am his director, we both laugh and enjoy being with each other while shooting. One thing that I have noticed about him is that Akshay is a very sensitive person and he will never show it to anyone. If you have an emotional conversation with him he will immediately change the topic. So, it is difficult for his close ones to speak with him, his way of expressing love is different. And, this is always the case with him but I somewhat figure my way out with him. So, today, I am going to give it a try for him, where someone close to him would express their emotions to Akshay. And, this person is truly close to him and both of them were never able to express their true feelings to each other. This is a Raksha Bandhan gift to him from his beloved sister.”

And then a video showcases memories he shared with his sister Alka Bhatia. Deeply moved by this sweet surprise, it left him speechless and teary eyed. After this, Akshay Kumar went on to share an interesting memory of his sister when she was born wherein his parents told him that, “Ghar Mai Devi Aayi hai hamesha usska dhyaan rakhna”. (We have got a Goddess at home, please take care of her)

Superstar Singer 2 airs every Saturday and Sunday at 8 PM on Sony Entertainment Television.

Also Read: Akshay Kumar reacts to the claims that he doesn’t commit to films: ‘My 8 hours are equal to 14-15 hours of any other star’